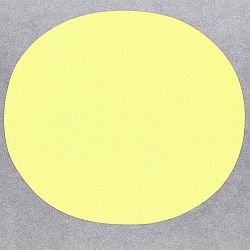 "The entire team is deeply moved by the events in the Ukraine", says Robert Ketterer, auctioneer and owner of Ketterer Kunst. "Many of the staff came to me with ideas of how to help, and together we began to look for the right project to support. Our aim is to make a sustainable contribution especially to those in the Ukraine who can‘t support themselves", explains the head of the company.

Ketterer continues: "What was particularly important to us was to find an organization with an established local experience that will continue to help the people even after the war. So we chose SAVE THE CHILDREN. In this auction our house is going to forego the full buyer‘s premium and will donate it to Ukrainian children in need. We hope to motivate potential buyers to bid wholeheartedly and to make this project a joint mission for the Ukraine."

Paper is an excellent medium for top-quality artworks. International stars like Damien Hirst, Pablo Picasso and Günther Uecker knew and know that. Ketterer Kunst has compiled around 90 works on paper by renowned protagonists of modern and contemporary art that are currently offered in the exquisite ONLINE ONLY Auction "Printastic". They are up for sale on www.ketterer-internet-auctions.com until March 15 - some even with starting prices as low as € 100.

Graphic print is a medium that aims at making art of high quality available to a wide audience. This intention will be emphasized with this special theme auction, as this is the place to get original works by world-renowned artists at entry level prices.

Thus many works by notable domestic and international artists can be purchased for less than € 1,000. Next to Otto Mueller's characteristic lithograph "Ein sitzendes und ein kniendes Mädchen unter Blättern" (starting price: € 720) and Robert Rauschenberg's Danish made color offset print "Louisiana" dated 1980 (starting price: € 360), the auction also features works by, among others, Josef Albers, Horst Antes, Georg Baselitz, Max Bill, Piero Dorazio, Rupprecht Geiger, Hans Hartung, Max Liebermann, Markus Lüpertz, Jonathan Meese, François Morellet, Mel Ramos and Antoni Tàpies..
But those who would like to dig a little deeper into their pockets will also find what they like: With Wassily Kandinsky's "Kleine Welten IV" the auction is led by a very well-known motif of which other copies are in acclaimed institutions like the Museum of Fine Arts in Boston, the Museum Folkwang in Essen and the Nationalmuseum in Stockholm. The artist's "Kleine Welten" works are also an important document of the occupation with a strictly geometrical-abstract form finding in his œuvre. "Kleine Welten IV" will enter the race with an estimate of € 10,000.

With Pablo Picasso's linocut "Nature morte au casse-croûte II (Nature morte à la Bouteille)" another classic is going to be called up. The artist was occupied with graphic printing up until old age and was always guided by a creative love of experimentation. In the mid 20th century he helped the linocut technique to a new prestige. Instead of disguising the material's flatness, he intentionally emphasized it through strong light and dark contrasts and large forms, as it is also the case with this still life called up at € 8,100.
What ?       Ketterer Kunst ONLINE ONLY - BENEFIZAUCTION
"PRINTASTIC" with around 90 works by renowned artists
When ?      Running until March 15, 2022, 3 p.m.
Where ?     www.ketterer-internet-auktion.com
Prices ?   Three- to five-figure starting prices, some starting
as low as € 100


Ketterer Kunst (www.kettererkunst.com and www.ketterer-internet-auctions.com) with headquarters in Munich and branches in Hamburg, Duesseldorf, Berlin as well as with a global network of representatives in, among others, the USA and Brazil, was founded in 1954. The auction house has a focus on Fine Art from the 19th to the 21st Century and Rare Books. In its market segment Ketterer Kunst is not only Germany's number one but also the leading house in the European Union. Ketterer Kunst is a specialist for German art, as well as for many international artist who are sought-after on the European market and who regularly realize record prices at Ketterer Kunst. According to the annual 2021 artprice database, Ketterer Kunst is the only and best-selling family business represented in the global Top 15.