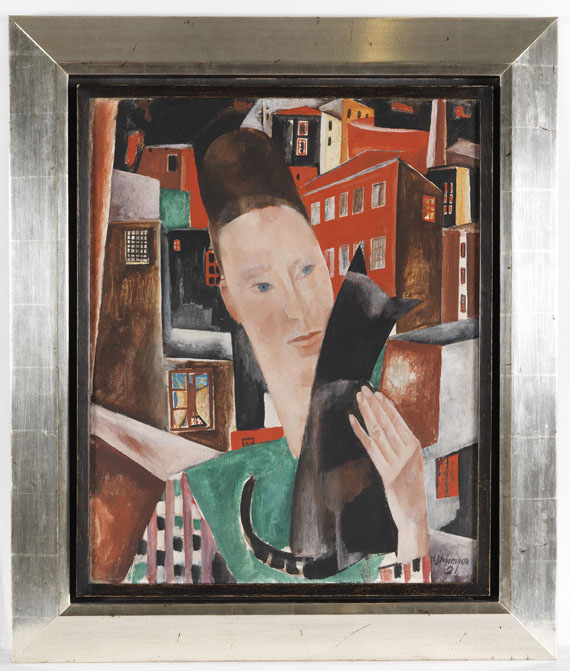 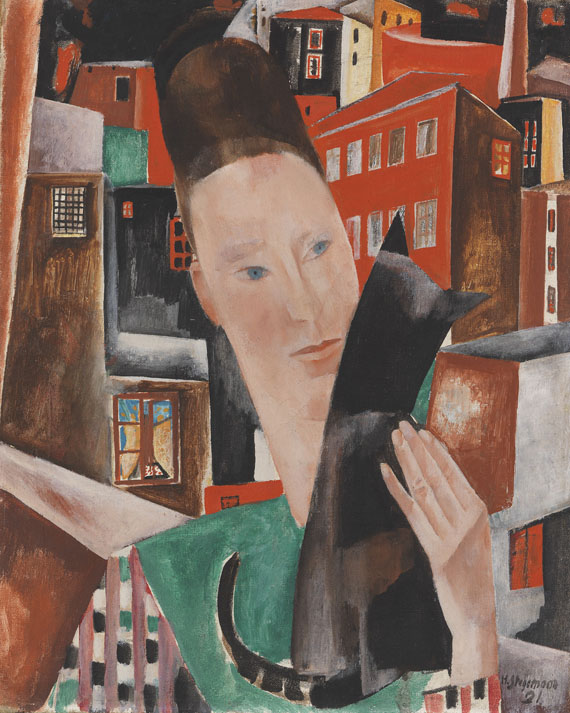 We are grateful to Dr. Maike Bruhns for her kind support in cataloging this lot.

All in line with the iconographic world of the 1920, Hans Stegemann depicted his wife in a nested cityscape. The houses that tower above one another in a condensed urban world probe the limits of what is socially bearable, they are a metaphor of a changing society in which the bourgeois lost its grounds. The dynamic motif can be found in many works by his contemporaries, especially in works by George Grosz and Karl Hubbuch. Stegemann places his young wife in the barack-like metropolis, in front of which she remains inactive and paralyzed. The black cat, usually associated with something dinky and cuddly, is more of a design feature than a stimulating factor, because of her unreal appearance. The cold society, which had not fully recovered in the years after the war, is the decisive message of our remarkable portrait.
More Information
+
Sell
Get a free appraisal for a similar object!
+
Register for
Heinrich Stegemann
+
Buying from A-Z
+
Contact a specialist
Share