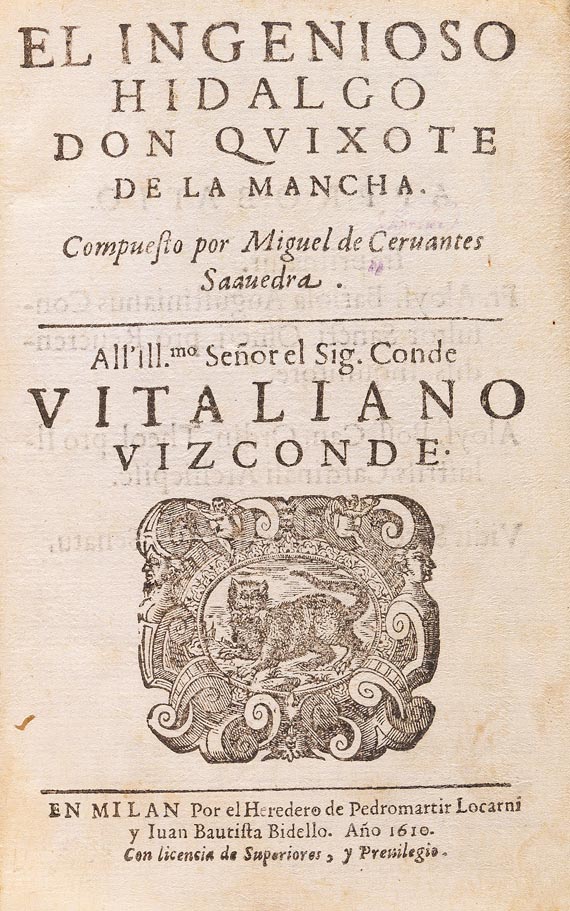 Ríus 9. - Benages/Fonbuena 10. - Río y Rico 32. - Henrich I, 9. - Palau 51983. - Early edition of one of the greatest novels of world literature, released while Cervantes was still alive. The first edition printed in Italy , the text after Rius is based on the second revised edition of Cuesta (Madrid 1605).
The work, which established the genre novel in western literature history, was first published by Cuesta in Madrid in 1605 and became an immediate success. The same year three unauthorized editions and two further authorized editions were released. - Cervantes revised this first part to the third Cuesta edition 1608, the second part of Don Quijote was not released before 1615. - With traces of damp in places. Fine copy.

Early edition, the first printed in Italy, following the text of the second corrected edition by Juan de la Cuesta (Madrid 1605). Published when Cervantes was still alive and the second part of the novel had not been published. An instant success, the first edition from 1605 was followed in the same year by 3 pirated editions and 2 further authorized editions. The second part of Don Quijote was not published until 1615. - Contemp. vellum. - Partly with water stains. Well-preserved copy. 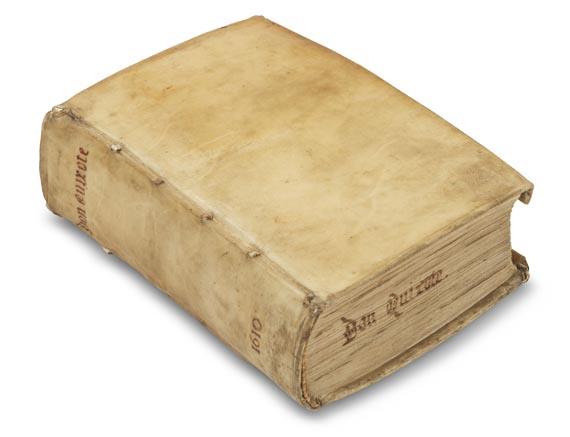