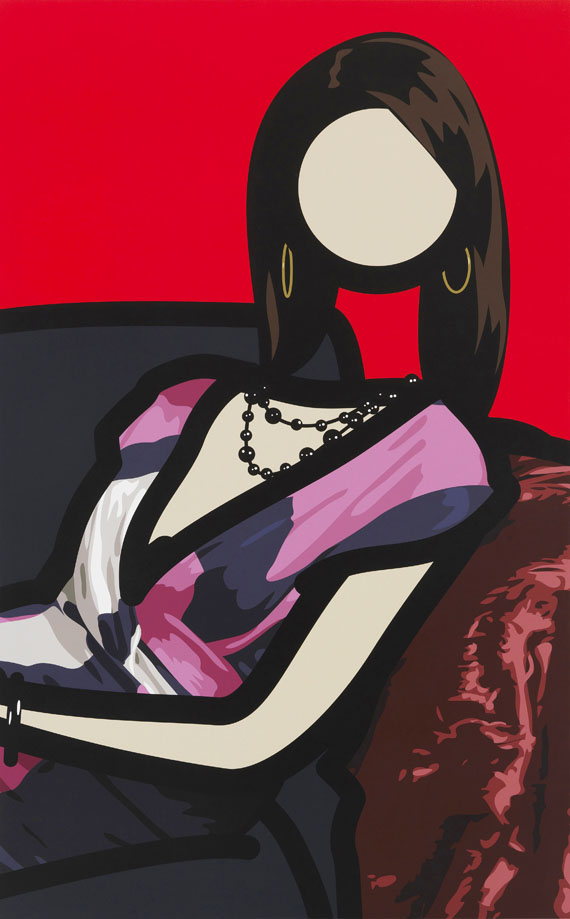 • Large-size anti-portrait by the British master of de-individualization.
• Julian Opie was part of the legendary first show of "New British Art" at Tate Britain, London in 2000.
• Opie is represented by, among others, Lisson Gallery, London/New York and Opera Gallery, London.
• Works by Opie are part of, among others, the collections of the Museum of Modern Art, New York, the Victoria and Albert Museum, London, and the Stedelijk Museum, Amsterdam.

PROVENANCE: Lisson Gallery, London/New York (with the label on the stretcher).
Private collection Rhineland (acquired from above).

"Looking at older art led to collecting it. Not just to contemplate but to learn from, I think learning from art is an essential part of making it. Reynolds said he`d give up everything to own a good Titian."
Julian Opie, quote from: Julian Opie, ex. cat. Lisson Gallery, London, October 15 - November 15, 2008, no p.

Essay
Julian Opie, an important representative of New British Art, uses photographs as a basis for his highly stylized works, which he processes digitally. By eliminating all unnecessary details he simplifies his motifs to the essentials and thus develops the reduced and very precise formal language characteristic of him. Opie uses a wide variety of media: In addition to serigraphs and paintings, he also creates animated LCD and LED works that are presented on flat-screen TV or on displays. In the present painting Opie's radical examination of the art-historical genre of portrait painting becomes quite obvious. By contrasting us with the sitter in the classic pose of a half length portrait and at the same time only rendering jewelry and clothing in recognizable detail, while excluding any individual traits of the depicted person and showing the face only as an empty circular shape, the artist addresses elementary issues: What ultimately defines us and our individuality, which is so strongly emphasized in today‘s capitalist society? What is special, what is interchangeable? With this painting offered here Opie has succeeded in creating a masterful paradox, a portrait that only shows a symbolically de-individualized shell of the sitter and thus radically rejects the central characteristic of the traditional painterly genre. What is particularly irritating is the missing neck, which allows a view through the transparent person onto the sofa that is actually hidden behind it and, through this alienation effect, playfully shows us that we are not dealing with a real person here, but just an empty and thus replaceable shell. With his famous comic-like and often faceless depictions Opie develops tendencies that we already find in American Pop Art, especially in Wesselmann‘s eyeless nudes, and thus he attained his very own signature style. Opie was represented, among others, in the legendary first exhibition of the three-part exhibition series "New British Art" at Tate Britain, London in 2000. In 1995 Opie became honorary member of the “British School at Rome“. In 2001 he received the "Best Illustration Award" from Music Week CADS for designing an album cover for the British band Blur. Julian Opie's work is represented in numerous renowned museums around the world, including the Tate Gallery London, the Museum of Modern Art, New York, and the Stedelijk Museum, Amsterdam. [JS]
More Information
+
Sell
Would you like to sell a similar object?
+
Register for
Julian Opie
+
Buying from A-Z
+
Contact a specialist
Share 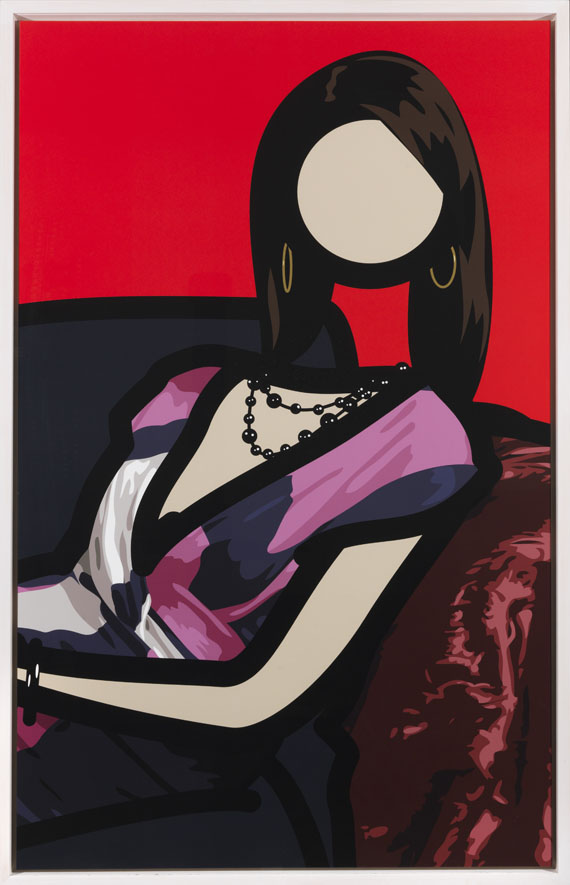 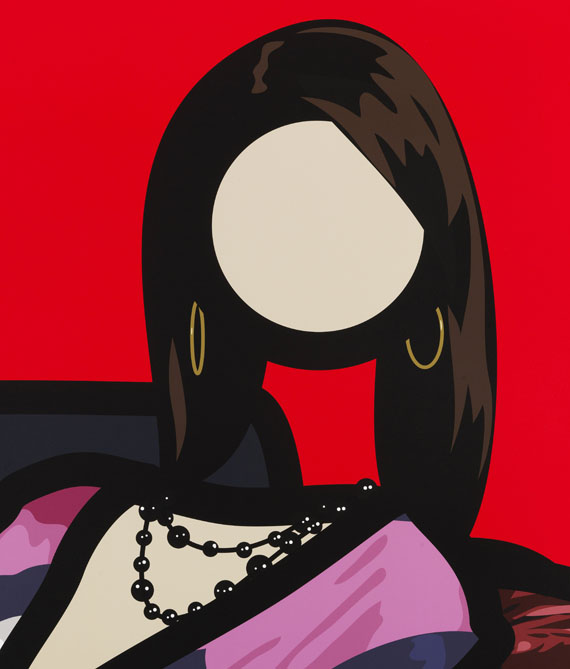 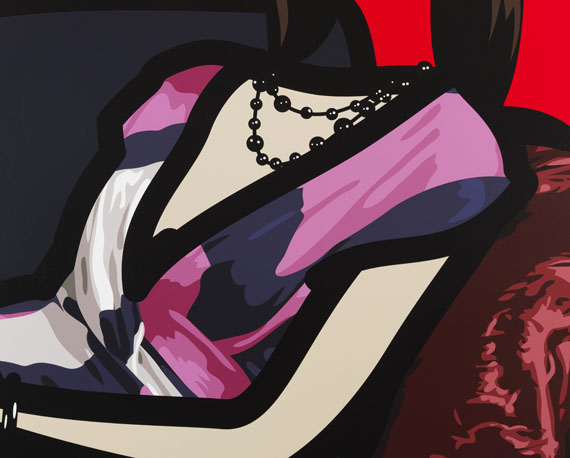