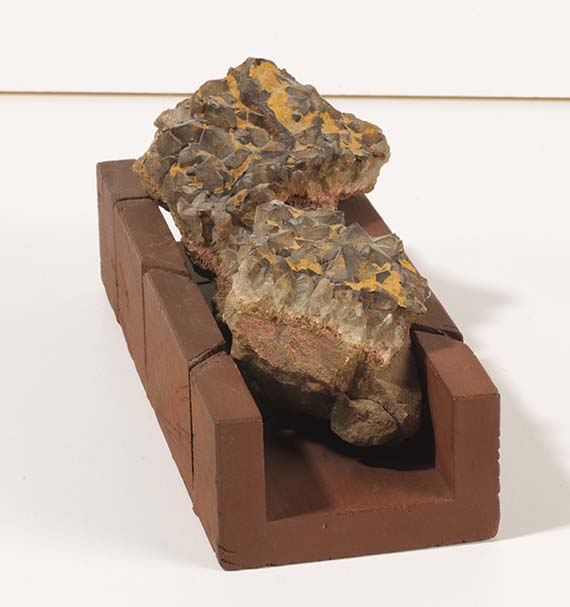 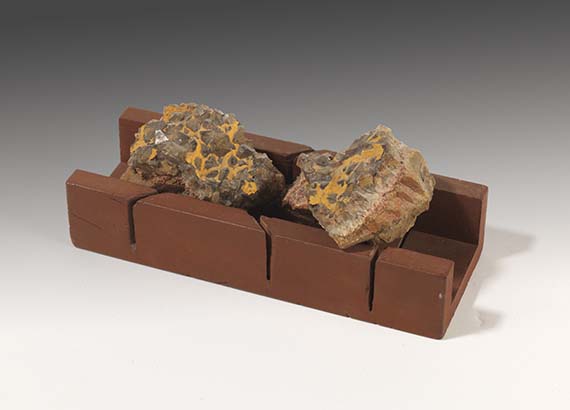 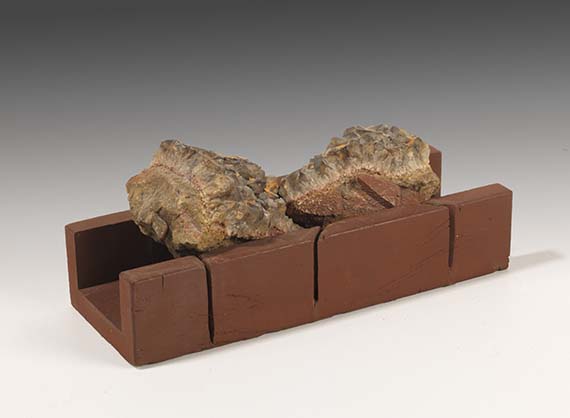 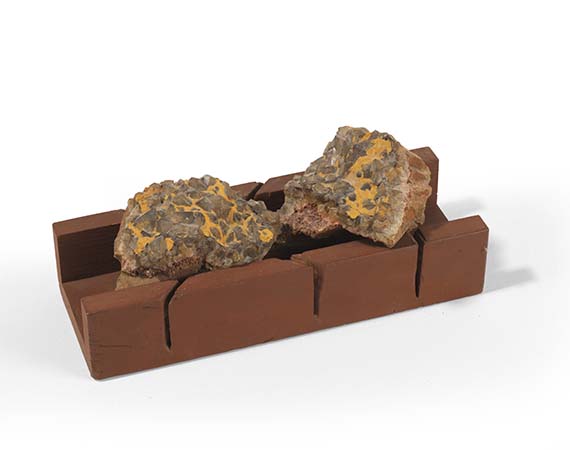 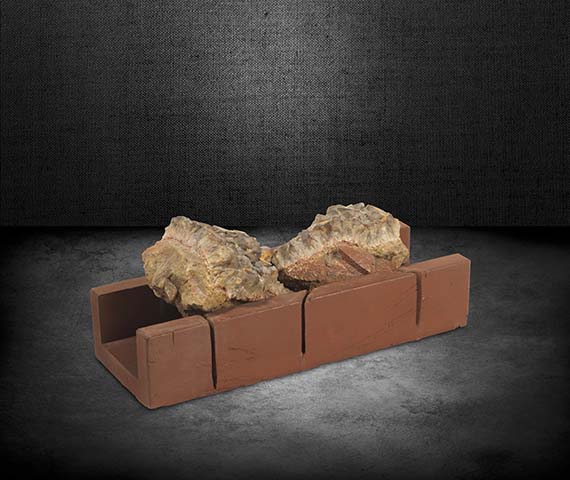 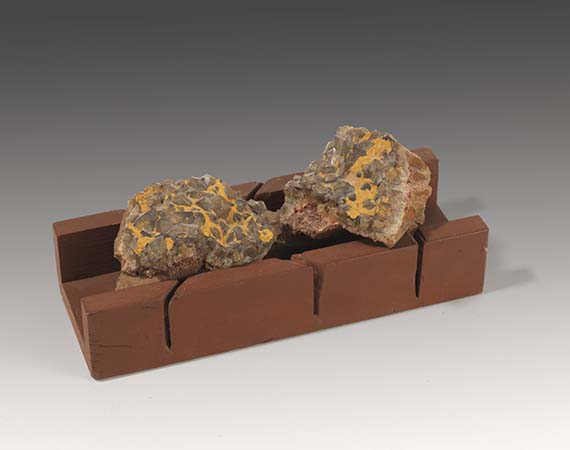 • Red and brown are primal colors for Joseph Beuys.
• Crystalls have multiple dimensions of meaning in Beuys' art
• The contrast between a clear cut line and amorphous, grown forms make for a fascinating creative tension.
• Symbolic interplay of natural forces of the crystalline with form and primary color.

Braun-Raum obviously refers to the environment “Vor dem Aufbruch aus Lager 1“, which Beuys showed in the exhibition “Zeichen und Mythen” at the Bonner Kunstverein in 1980 for the first time. Most of the objects (painted in Beuys‘ special brown paint ’Braunkreuzfarbe‘) in this work come from the office of the "Organization for Direct Democracy", which was founded in Düsseldorf in 1971. The chest of drawers, which is also painted in brown, refers to precise craftsmanship and a concentrated, rational way of thinking that achieves crystalline, solid results for which the rock crystals as beautiful, solid natural forms stand. On the other hand, they also add a notion of chance, of the incalculable aspect of nature. In this sense, the miter box and the rock crystals form a contrast bridged or expanded by the brown color. For Beuys, brown is the main color of all organic relationships and implies the perishable, for example in the rust or the brown color of the leaves in autumn. Since the early 1950s Beuys has used a special brown paint made by an industrial paint manufacturer specializing in floor coatings. With this color, Beuys went beyond the mentioned implications and refers to complementary processes between nature and spirit. Above all, the brown cross, which Beuys put on many of his works as a signet, signals the spiritual and the healing. [Eugen Blume]
More Information
+
Bidding Options
+
Bid by telephon / written
+
Contact a specialist
+
Buying from A-Z
+
Preview & Auction Procedure
+
Catalogue Order
+
Register for
Joseph Beuys
+
Joseph Beuys Biography
+
Sell
Get a free appraisal for a similar object!
Share

Resale right apportionment:
In accordance with §26 of German Copyright Act, a droit de suite charge of 2.4% including VAT is levied for original artworks and photographs for the compensation of the statutory right of resale.
Joseph Beuys - lots sold by Ketterer Kunst
+
all