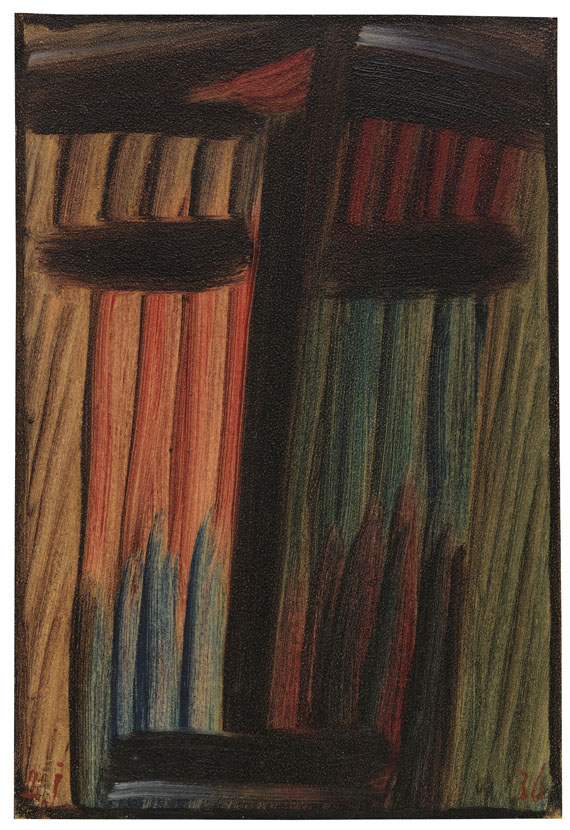 EXHIBITION: The High Museum of Art, Atlanta/Georgia (in 1987 as loan from a private collection, verso with the label).
Abstraction, The Bermuda National Gallery, Hamilton, Bermuda, June 24 - September 15, 1995 (with a label on the frame).

Essay
Alexej von Jawlensky described the context in which his important series "Meditations" - which seem like a condensed essence of his entire painterly work - was created in the last years of his life as follows: "I have no external experiences, and that's why I only paint what is in my soul, what lies deep within me, like a meditation concentrated in itself, and my language is color. [..] The colors are so mysterious, so deep [..] "(Alexej von Jawlensky, quote from: Clemens Weiler, Alexej Jawlensky, Hanau 1970, quote for plate 28). As early as in the late 1920s the former member of the group "Blauer Reiter" was diagnosed with the first signs of rheumatoid arthritis, which caused Jawlensky increasing pain while his joints stiffened in the course of the 1930s. Since Jawlensky, as a leading representatie of German Expressionism, was banned from exhibiting in 1933 as a consequence of the new National Socialist cultural policy, the artist lived in seclusion in his Wiesbaden apartment. Before the severe progression of his illness finally forced Jawlensky to give up painting entirely in 1938, the famous series of works "Meditations" was created there as a final powerful rebellion of the never-ending artistic urge to create against the physical fetters of earthly existence. In the "Meditations", Jawlensky left behind what is probably the most compressed painterly sign of the human face, an art-historically significant highlight of his work. Jawlensky's painterly radicalism and sovereignty are still astonishing today, as it enabled him to completely de-individualize the motif of the head and to formally reduce it to a symbolic minimum. The neutral facial expression of the minimalist black line structure is masterfully backed up by an almost abstract color tone that emanates a kind of mystical mood. Both the intoxicating, meditative creative process on which his "Meditations" are based, as well as the emotional interaction between the highly individual color tone and the viewer seem to have anticipated trends in American and European color field painting in a small format. And so a quote by Mark Rothko from 1947 could hardly more aptly describe the unique effect that Jawlensky's symbolically reduced creations have: "A picture lives in symbiosis with the eyes of a sensitive observer and thus comes to life in him. It dies when this symbiosis decays. That is why it is a daring [..] undertaking to send a picture out into the world." [JS]
More Information
+
Sell
Would you like to sell a similar object?
+
Register for
Alexej von Jawlensky
+
Bidding Options
+
Written bid
+
Buying from A-Z
+
Contact a specialist
+
Alexej von Jawlensky Biography
Share 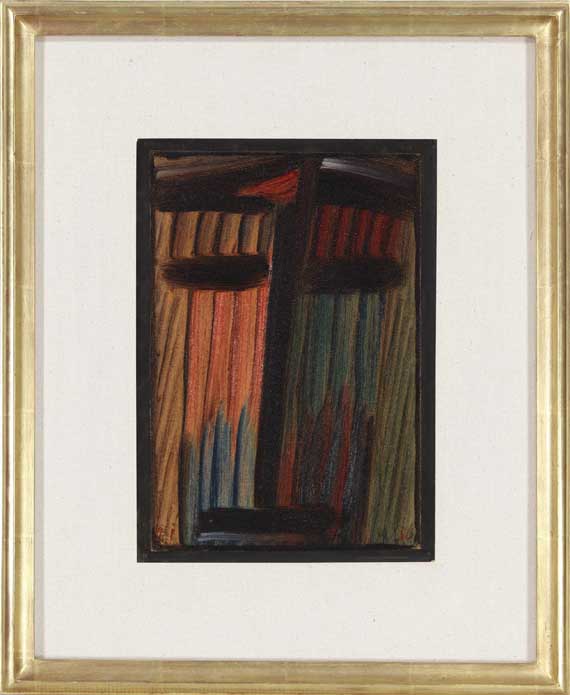 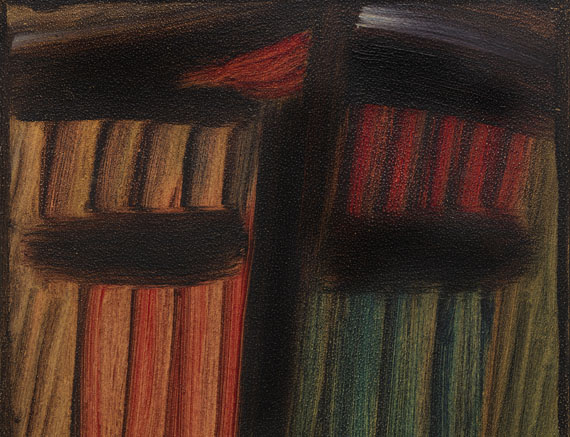 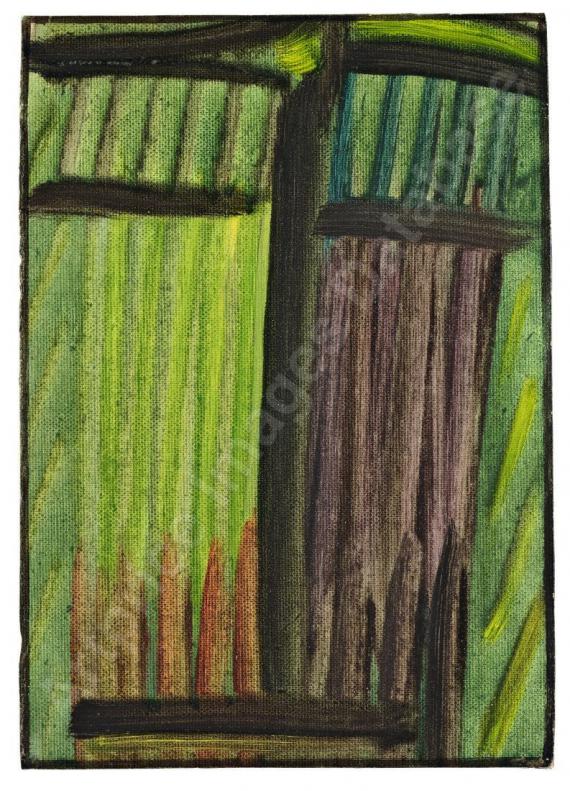 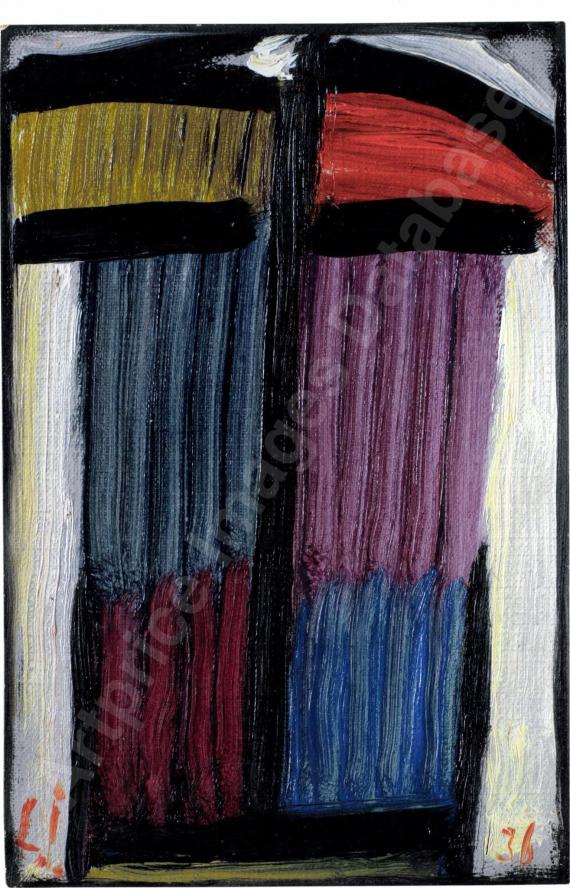 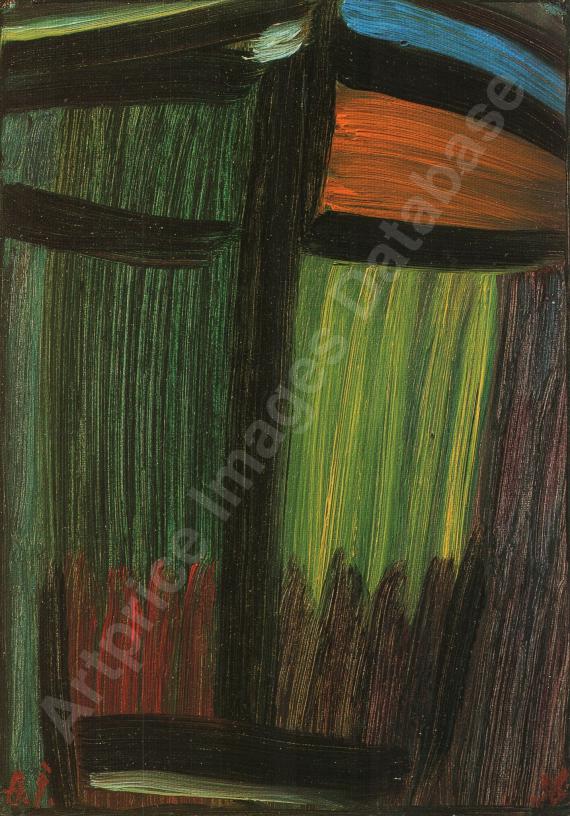 ALEXEJ VON JAWLENSKY
Grosse Meditation:...
Sold: € 129,358
More offers for Alexej von Jawlensky
+
and all other offers
You might also be interested in
+
and all other offers
Buyer's premium, taxation and resale right apportionment for Alexej von Jawlensky "Grosse Meditation (November 1936 Nr. 17)"
This lot can be subjected to differential taxation plus a 7% import tax levy (saving approx. 5 % compared to regular taxation) or regular taxation.