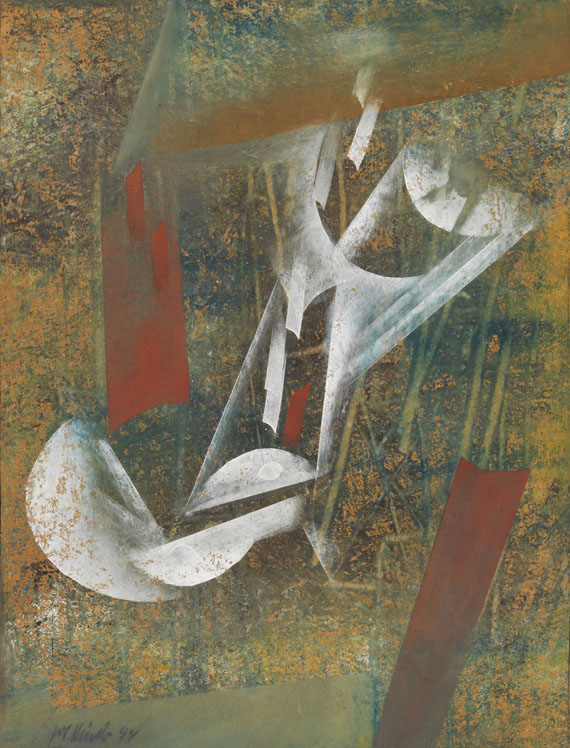 • The series "Triebkräfte der Erde" (Driving Forces of the Earth) is one of the artist's most sought-after work series.
• The work has everything that is relevant for Winter's art: the creation of form and surface as well as the primal force of nature.
• The composition documents the hidden growth of abstraction.

"Where do we find the truly creative that has not been borne from immeasurable depth and infinite vastness? It is only the image of such depth and vastness that reveals the world to us."
Fritz Winter, quote after Werner Haftmann, Fritz Winter, 1951, p. 16.

Essay
Fritz Winter was immediately drafted into military service in 1939. First he was stationed on the Western Front and later in Russia. He served in the mountain infantry in campaigns on the Caucasus and the Black Sea, and was seriously wounded in October 1943. After he was released from hospital stay, a longer furlough in Diessen am Ammersee followed in December 1943. During this period one of the artists‘s most beautiful and deeply thoughtful pictorial series came into the existence. The series was prepared in small sketches, executed in charcoal in the midst of the battlefield in 1941, that already suggest the formal language of futur works. Even before the war Winter experimented with geometrical-crystalline forms in strong contrast to the dark pictorial space. These gems were created on a pile of typewriter paper and were later summarized under the title "Triebkräfte der Erde" (Driving Forces of the Earth). Merans were scarce during the war, and Winter did not have access to better painting material. In a creative frenzy that overcame all adverse circumstances - in addition to the limited work utensils, Winter was also physically restricted by his injuries - he sometimes worked on several works at the same time. He soaked the sheets with an oleaginous emulsion. The processed paper becomes parchment-like and supports the lucid effect of the forms that Winter strove for in these compositions. In a monotype-like process, the background is designed in earthy tones, which is reminiscent of lichen and moss and is typical of all the sheets of this series. On a second level, Winter placed dark shapes supplemented with translucent segments over the amorphous background. The dark-toned coloring underlines the mysterious aura of the composition, which is broken up by glistening white crystalline structures. An imaginary source of light brings them to light from the dark. Winter worked with stencils in order to sharply delimit the light and dark elements from one another and to create an image space determined by light and shadow. Through overlapping pictorial elements he brings the centric composition into weightless motion and tension. Making the invisible visible is the intention that drives Fritz Winter in his artistic work. In doing so, he persistently adhered to his abstract vocabulary of forms, which was nothing less but punishable in this political era. In a form of inner emigration, he stuck to his non-representational imagery, with which he succeeded in making the hidden forces of nature and the boundless beauty of creation visible. "I don't seem to be tied to nature. And yet, appearances are deceptive. I am tied to nature, but not to its expression of form, but to mine ., it is not important to show what is there, but to reveal what is also there, because it is far more visible than we can see, and far more audible than we can hear, and far more there than we are. The onlyx thing that counts for me is what we can still become. And at the same time I also think of what I am: not a grain of sand in the sky. This makes me devout and religious in front of this universe with its thousands and thousands of worlds. And always fills me and is the meaning of my doing: there is more than we can suspect and know and there is only as much there as we can reveal. " (Fritz Winter quote from: Ex. cat. Kunstverein für die Rheinlande und Westfalen, Düsseldorf Kunsthalle Grabbeplatz, July 24th-August 7th, 1966, no p.) In the sense of the spiritual in art, it permeates the pure material form of things and makes the essential, the inner core visible. He reveals a new universe between the upper and lower world to us, brings light like a creative energy as a symbol for hope and a new beginning in dark times. The primal force of nature to arise again and again from within itself is Winter's inexhaustible source of inspiration. Its furtive growth and its striving towards light is repeatedly redesigned in manifold variations in the series "Triebkräfte der Erde“. The series is regarded as Fritz Winter's key work and is one of the artist's most sought-after works on the auction market. [SM]
More Information
+
Sell
Would you like to sell a similar object?
+
Register for
Fritz Winter
+
Buying from A-Z
+
Contact a specialist
+
Fritz Winter Biography
Share 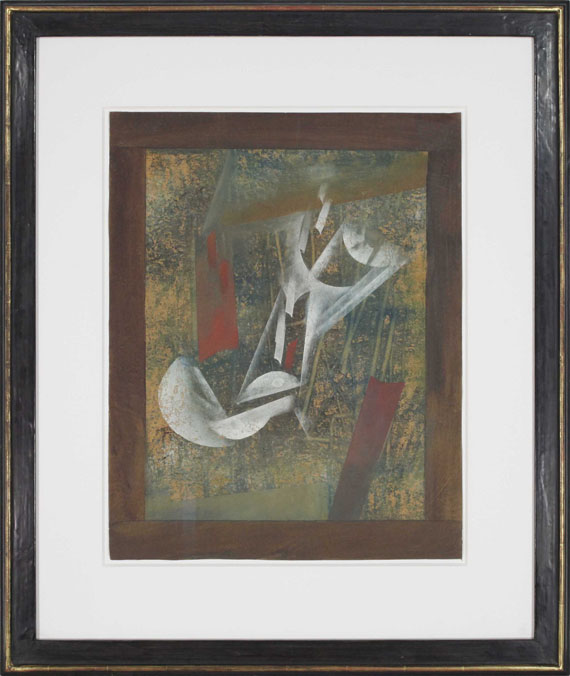 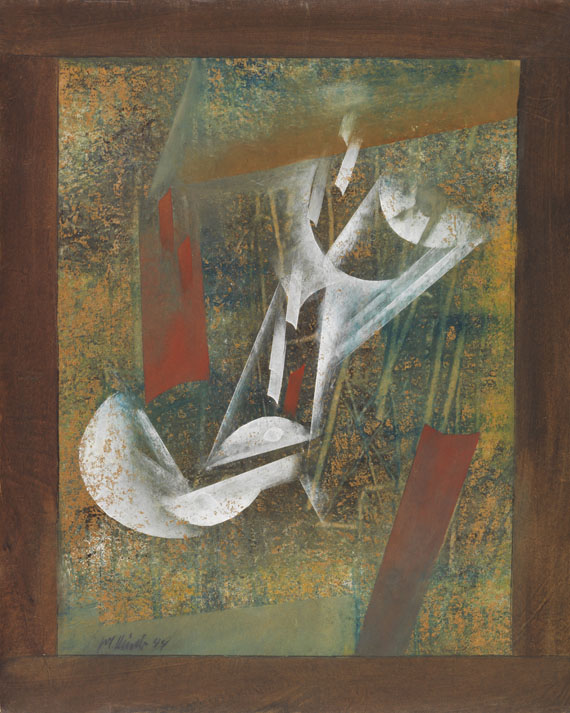 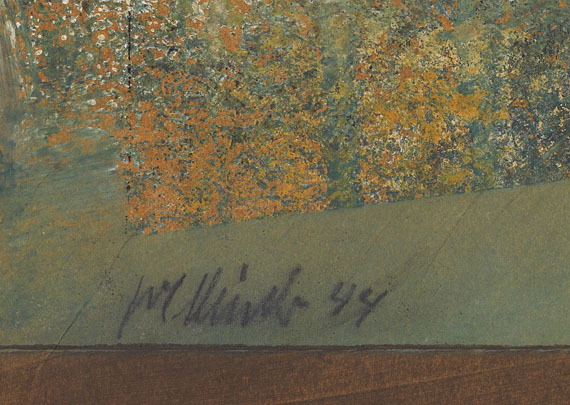 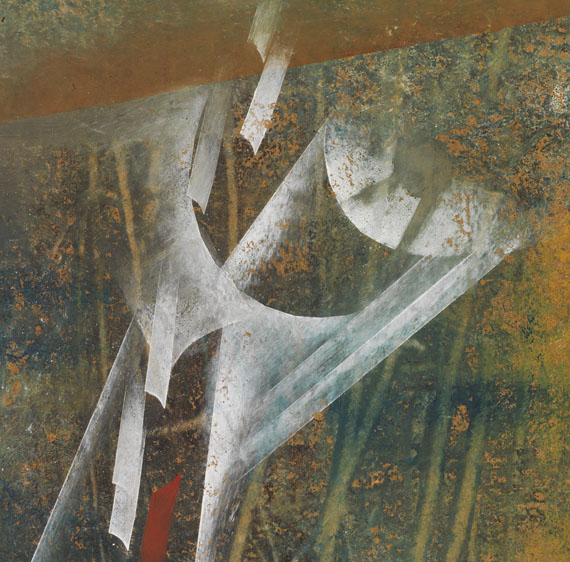