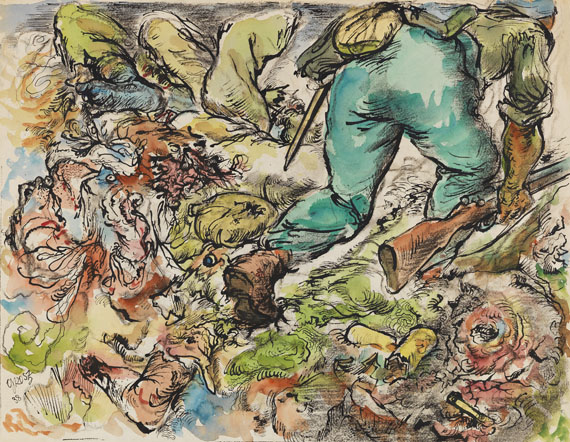 • This is one of the rarely offered works with a biblical war motif
• Under the impressions of the Spanish Civil War and the destructive Nazi rule of Germany Grosz created several works with apocalyptic scenes and war pictures (cf. "Cain or Hitler in Hell", Deutsches Historisches Museum, Berlin). This watercolor offered here is also part of this group
• In 1932 Grosz emigrated into the USA, the year this work was made he accepted US citizenship. 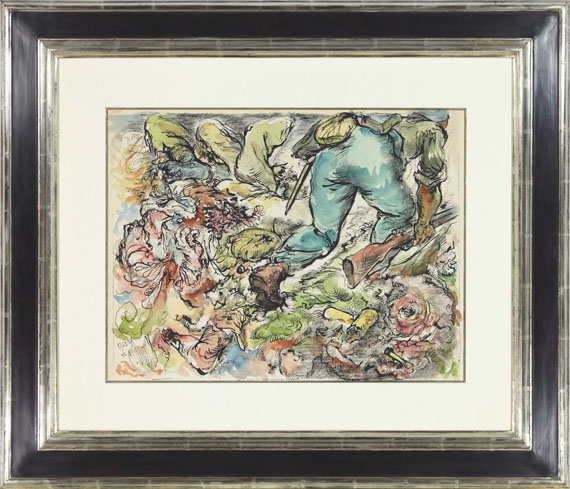