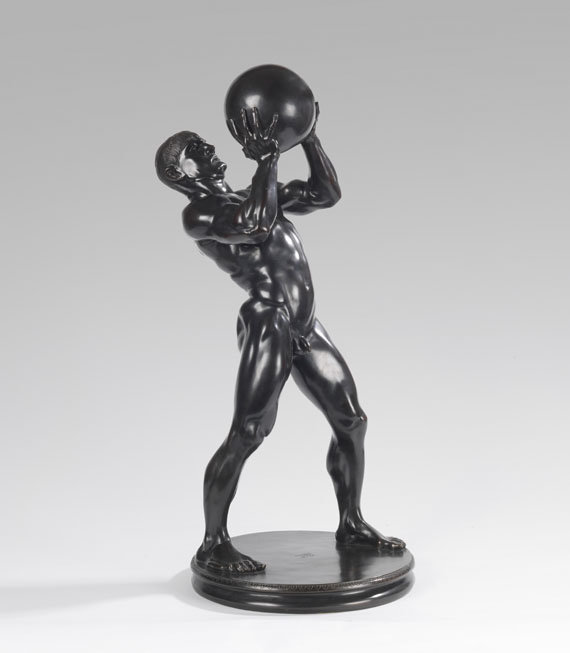 Essay
The "Athlet" is Franz von Stuck’s first sculpture in the round and was presumably made under the influence of the impressions of a journey to Rome in 1890. The muscular structure of the nude male figure upheaving a ball with full exertion clearly reflects the ideal of the classic, however, Stuck combines it with a rather naturalistic conceived head with a strong facial expression. Another decisive design feature is the all around view of the sculpture as suggested by the round shape of the plinth. It is likely that Stuck had a more monumental execution of the work in mind, as a drawing in the artist’s estate from ca. 1913 suggests. It shows the "Athlet" alongside other large sculptures (cf. Raff 2011, p. 27, illu. 29). In a view from below the strained face would show exactly between the raised arms and the ball. The figure does not reference any models in art history: it is neither Atlas carrying the weight of the globe on his shoulders, nor its is Sisyphus who incessantly rolls a boulder uphill. This figure is based on exact anatomical studies, which was quite typical of Stuck. The naturalistic head shows some parallelstoStuck’s own physiognomy, whichexplains why the "Athlet" was often identified with his maker. It is widely believed that Stuck, who had a strong fancy for athletic sports himself, rendered a symbolic depiction of his own (artistic) efforts. This approach also explains the special position of the "Athlet" in the newly arranged altar in the artist’s studio in 1901/02. At an earlier point the “Athlet” was positioned on a base next to the altar which was adorned with antiquities. After the rearrangement it had a more prominent spot in the right golden niche of the predella zone as pendant to the "Tänzerin" (Dancer, 1897/98). In combination with the "Sünde" (Sin) at top, the two figures can be understood as primal images of man and woman bound together by sexuality, expressing one of Franz von Stuck’s fundamental principles of design: Male virility and female softness (cf. Raff 2011, p. 52). Franz von Stuck showed his "Athlet" for the first time at the IV. International Art Exhibition at the Munich Glaspalast in 1892. At first it was just a plaster version which was mentioned in Otto Bierbaum’s Stuck monograph from1893. The "Athlet" was presumably cast in bronze for the first time in 1892 and would soon become a best seller. Early casts were made by Leyrer in Munich, at a later point copies were also executed by Priessmann Bauer & Co. The sculpture was shown at many exhibitions in Germany and abroad and is mentioned in all relevant monographs on the artist. Casts inscribed with the artist’s title of nobility, granted to Stuck in 1906, deliver proof of the figure’s increasing popularity with the audience which lasts on up until today. [FS]
More Information
+
Sell
Would you like to sell a similar object?
+
Register for
Franz von Stuck
+
Buying from A-Z
+
Contact a specialist
+
Franz von Stuck Biography
Share 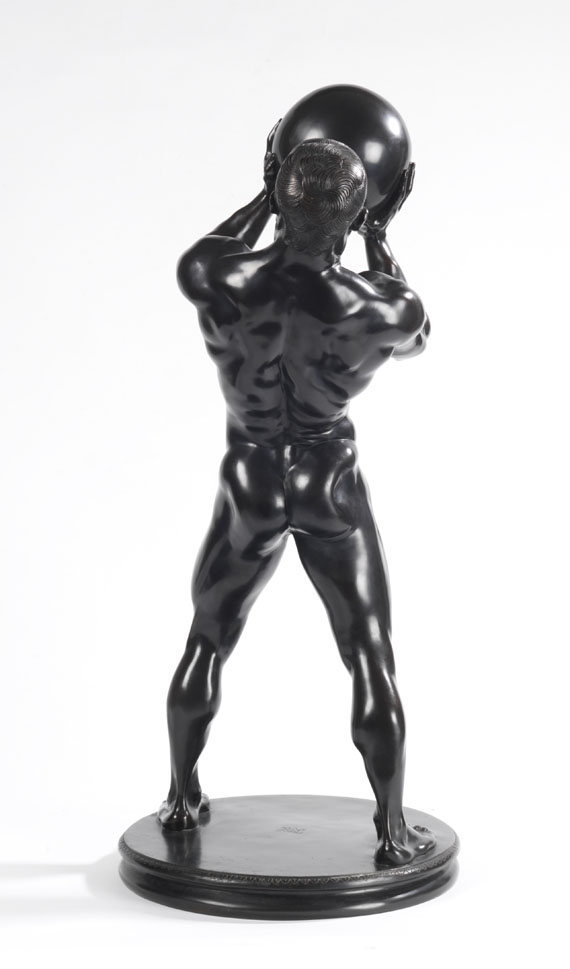 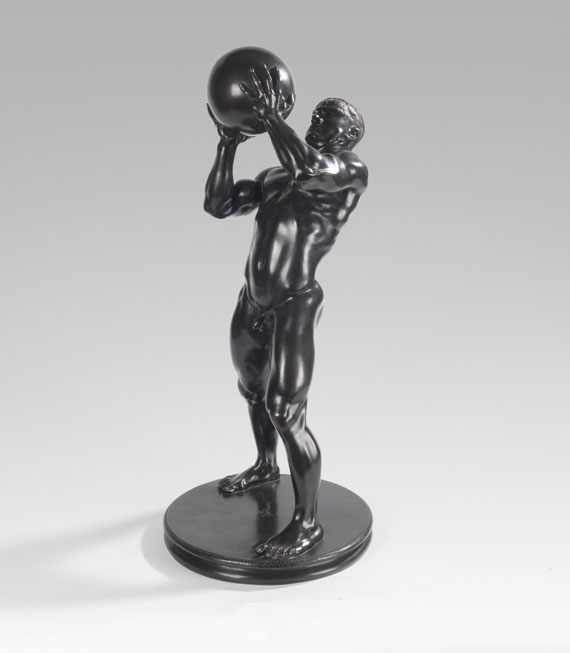 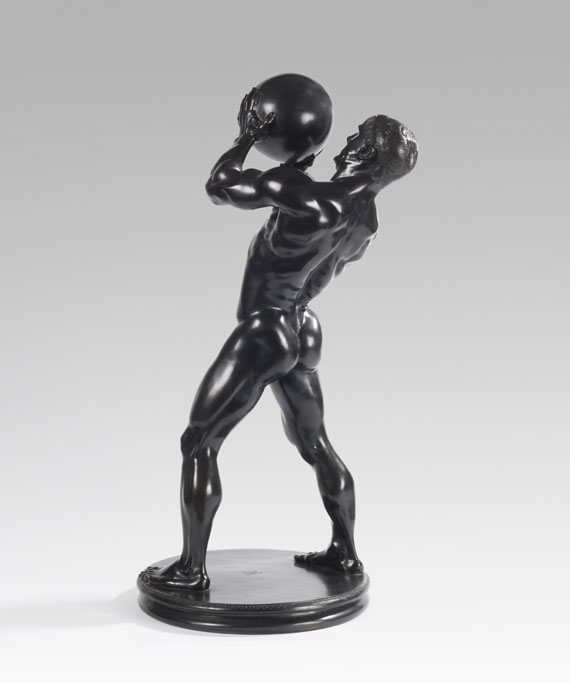