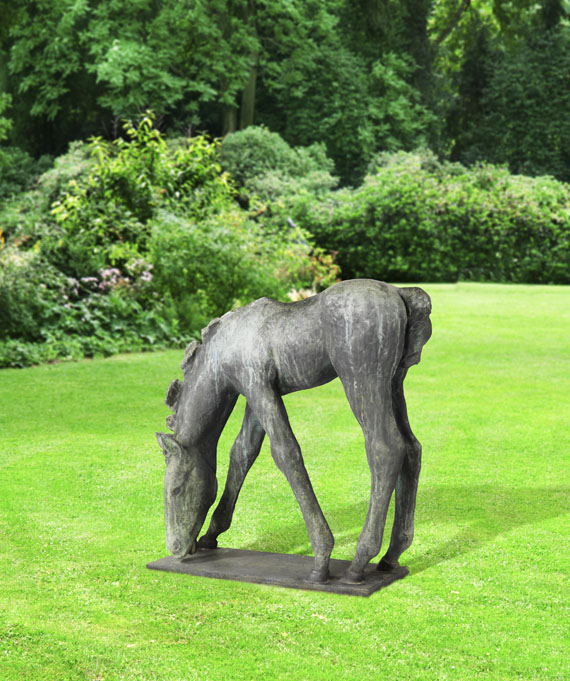 Accompanied by an expertise issued by Dr. Ursel Berger, Berlin, on August 23, 2019.

Essay
Her small animal sculptures fascinated collectors and made for her fame as sculptor. Small-sized foals, donkeys, deer and other types of animals in different variants and bearings adorn bookcases, sideboards and desks. Raised in Neuruppin and trained in Berlin by, among others, the sculptors Wilhelm Haverkamp and Georg Kolbe, she stood out for her body height and her slender figure. Just as it was the case with Else Lasker-Schüler, Sintenis embodied the same type of self-confident woman with a crop, eccentric outfit and an androgynous charm typical of post-war Berlin. In the early 1920s she was represented by the gallery of Alfred Flechtheim who introduced Sintenis to his international circle of friends and began to systematize the editions of casts of the small animal plastics, which were geared to the sculpting of August Gaul (1869-1921). Sintenis soon emerged as one of the most successful female artists in Weimar Germany. Next to a few portrait commissions from acclaimed artists like the poet Joachim Ringelnatz (1923) or the author, playwright and politician Ernst Toller (1926), as well as small sculptures of athletes such as the Finnish runner Paavo Nurmi (1926), Sintenis also occasionally executed commissions for larger garden sculptures for which she used enlargements of small plastics like the "Grasendes Fohlen“ (Grazing Foal) offered here. The "Große grasende Fohlen", cast by Noack in Berlin presumably in 1936, is one of the artist’s very few almost life-size bronzes: "Fohlen", 1921 (lost); "Der Esel von Seelow", 1927, was made for thebanker and politician Hugo Simon; a copy of the "GroßesVollblutfohlen" from 1940 is in the collection of the Berlin Nationalgalerie. In comparison with the wild and boisterous bearings of the animals in her small sculptures, this calmly grazing foal appears entirely focused on the action. Sintenis’ talent in ‘freezing’ the scene in elegant motions and magnificently accentuated surfaces in bronze is one of her most striking strengths. Her animal sculptures emerged as an antipole to August Gaul’s expressionist and highly emotional works, as well as to the formal principles of the coeval Ewald Mataré (1887-1965) whose overly reduced forms never were much of an issue for Renée Sintenis. The abundant variety her exquisite animal world offers fascinated collectors as much in the past as it does today. [MvL]
More Information
+
Sell
Would you like to sell a similar object?
+
Register for
Renée Sintenis
+
Buying from A-Z
+
Contact a specialist
+
Renée Sintenis Biography
Share 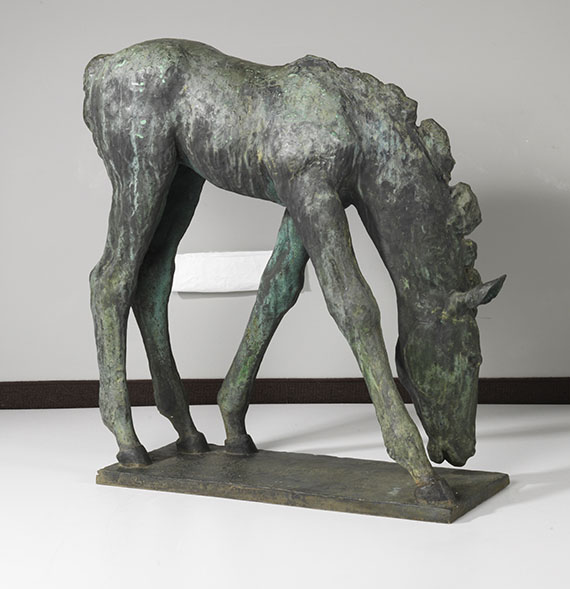 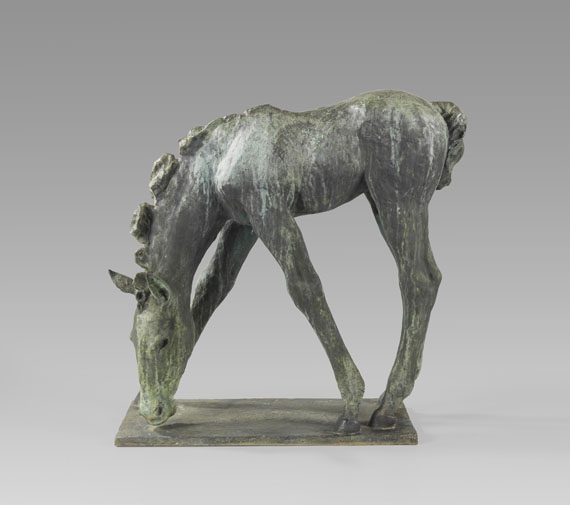 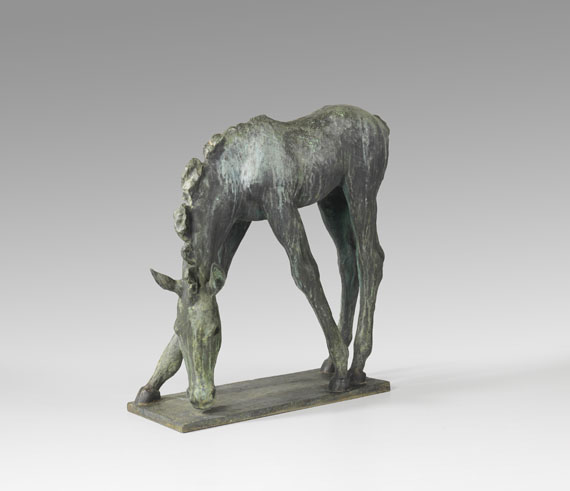 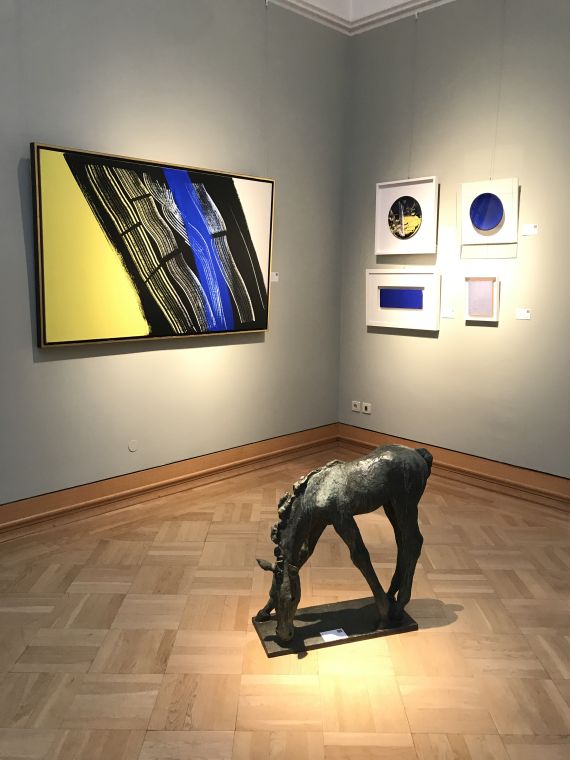 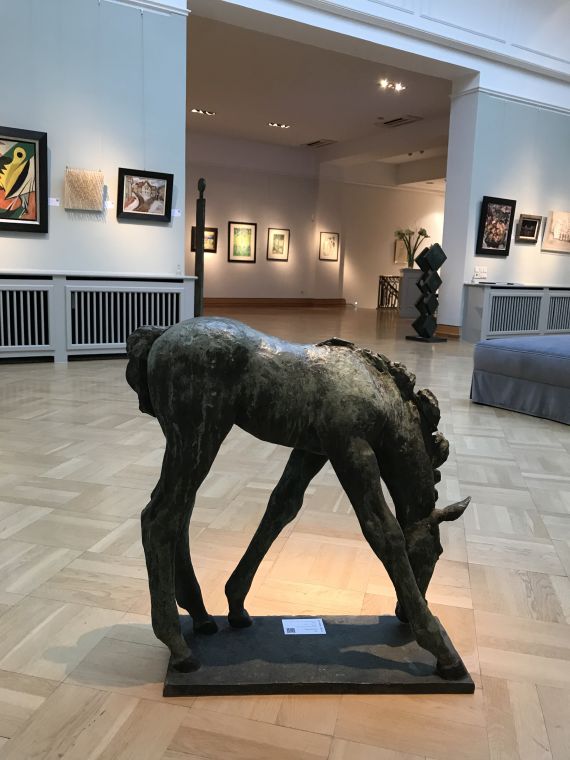