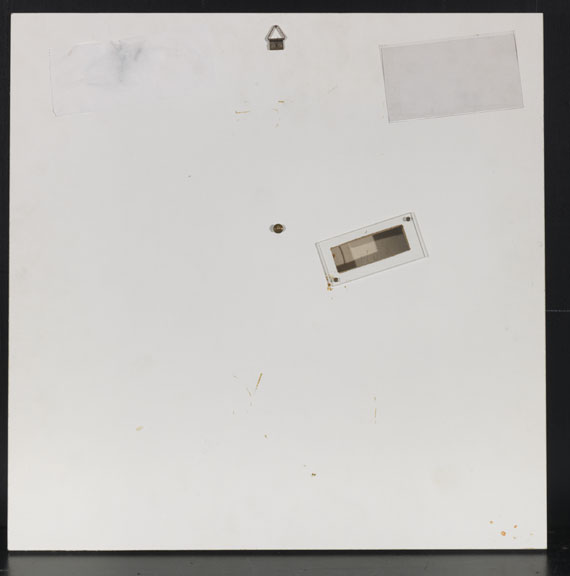 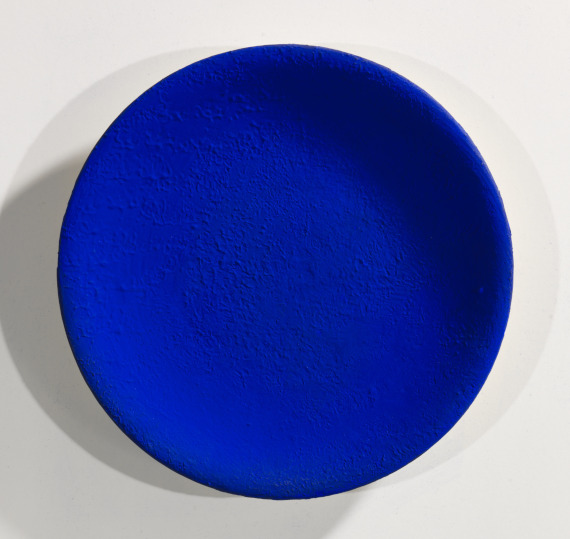 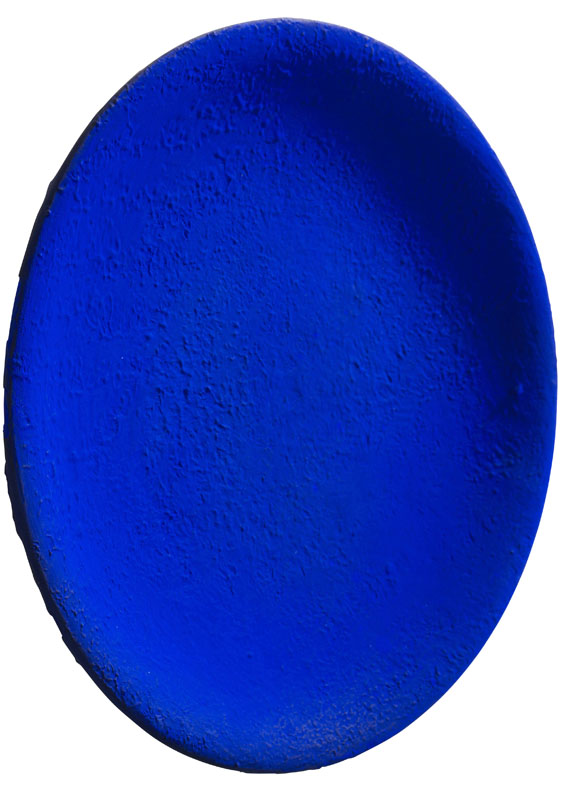 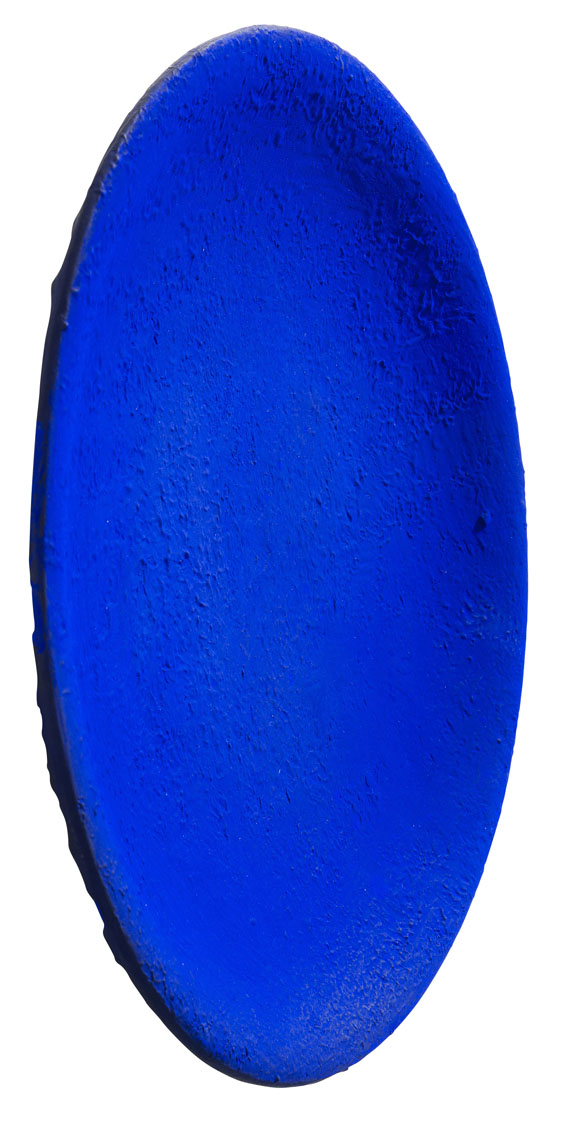 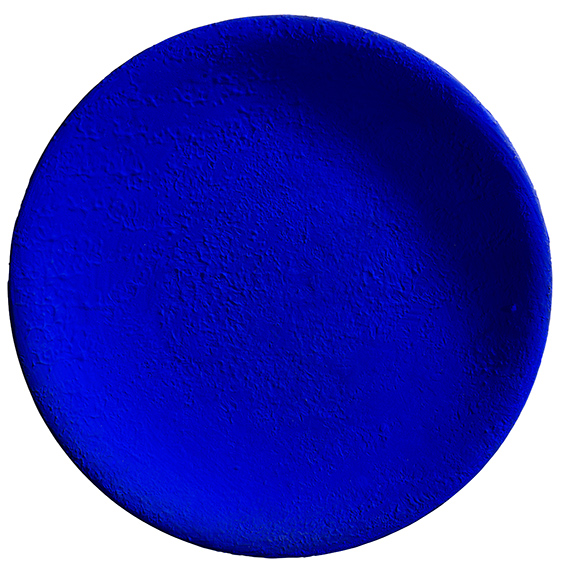 Towards the end of the 1950s Yves Klein was at the peak of his artistic career. He used his just recently developed trademark I.K.B. - International Klein Blue – for both small and large-size works but also for architectural projects, such as the Gelsenkirchen Musiktheater in cooperation with Werner Ruhnau. He uses a variety of materials to explore the potential of his blue pigment– whether on conventional image carriers such as the canvas, with sponges or, as it is the case here, with stoneware. The examination of immateriality, a revelation of timeless presence – a continuous presence of the present – a space of absolute freedom in necessity and beauty of contemporary art, permanently resonates. Together with Jean Tinguely he created a series of sculptures in which they combined kinetics and monochrome aspects in form of flat blue, rotating discs. Mounted on the wall they call reminiscence of hovering planetary objects. These discs have diameters between 9 and 50 cm while a small engine revolves them at a rate of 450 to 10,000 rpm. Despite their monochrome character a play of colors with a variety of hues accrues. The wide range of color variations of this work offered here are an effect caused by the bulged surface and an additional glazing. Depending on light incidence, the blue tones shimmer lighter or darker. The circular form also has an additional meaning for the artist, as he explains in his text ”La terre est plate et carré“: ”If earth, as it is generally believed, was a stable rotating sphere, everything on its surface would be hurled into space. We should think of earth as a flat coin that revolves around its axis, whereby its thin brim represents the surface of the earth. In line with this concept, an impression of a bulged surface is conveyed through the rotation velocity; the actual surface appears tangible and capable of retaining things through gravity; the flat earth has a vast emptiness inside. This way there was emptiness everywhere: inside, outside, in its center and all around it.“ (Sidra Stich, Yves Klein, Ostfildern 1994, p. 150). [MvL]
More Information
+
Sell
Get a free appraisal for a similar object!
+
Register for
Yves Klein
+
Buying from A-Z
+
Contact a specialist
Share