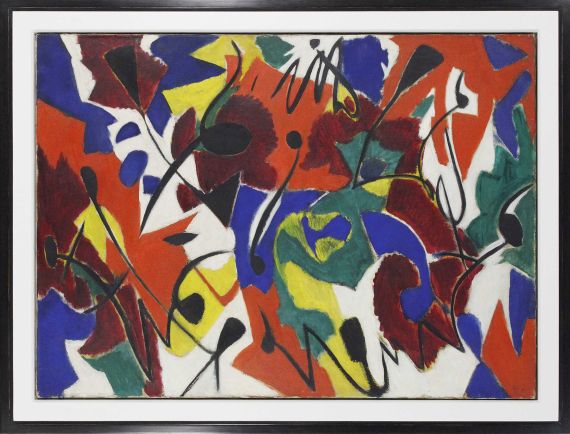 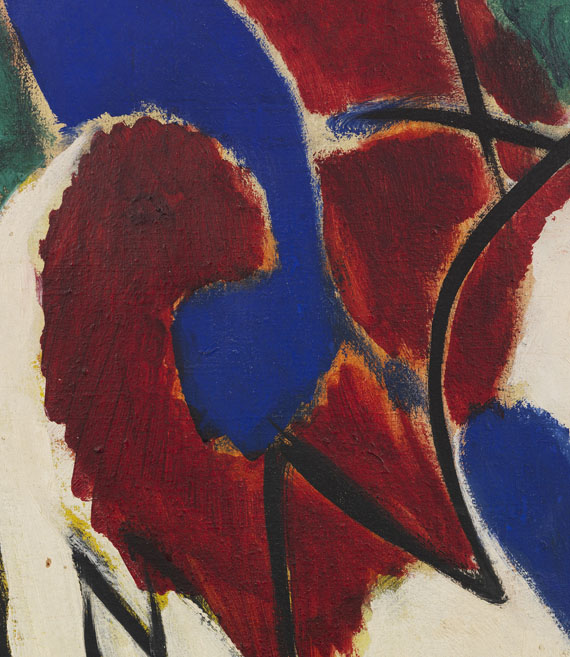 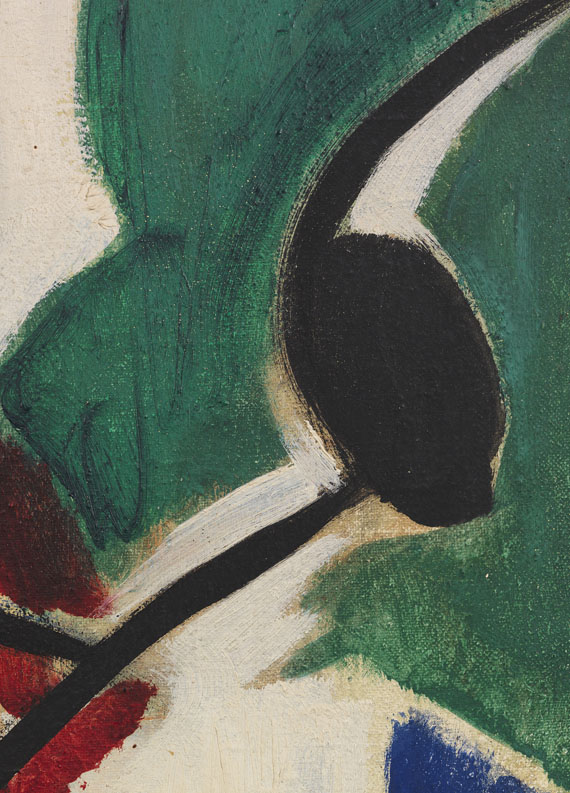 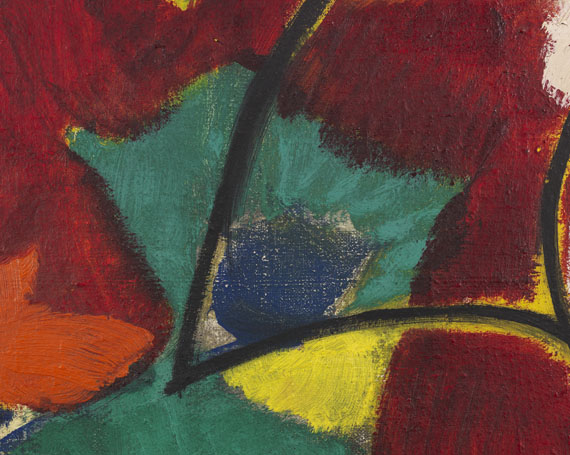 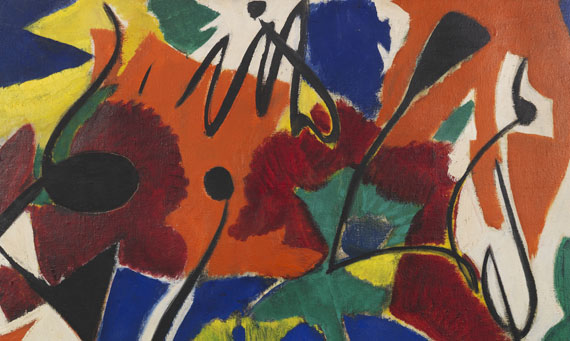 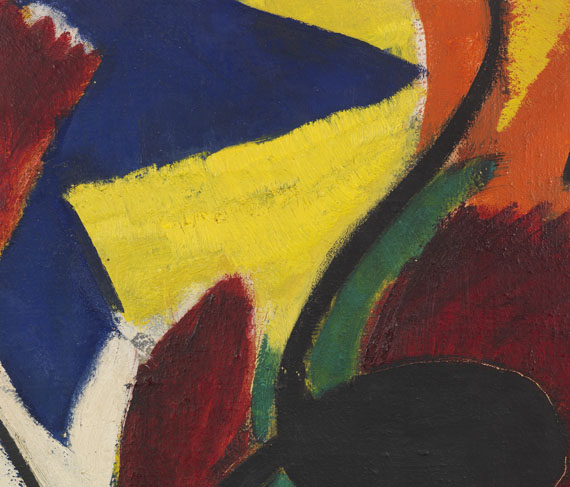 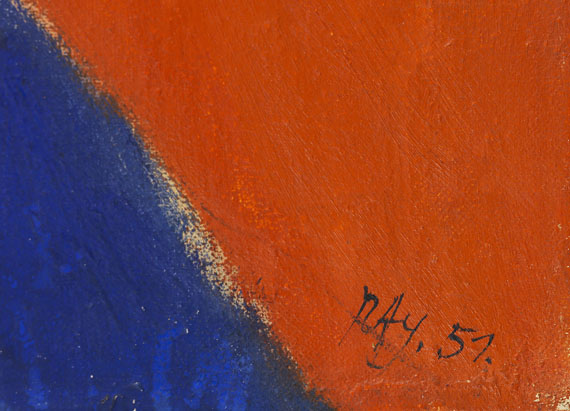 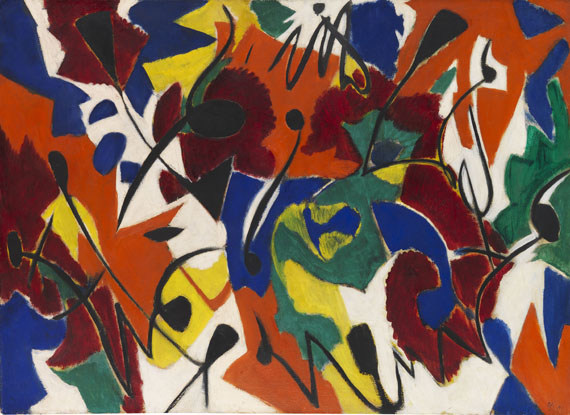 Ernst Wilhelm Nay‘s artistic creation can be subdivided into three periods. With regards to both form and content, the oil painting offered here is part of the so-called "Fugale Bilder" that Nay made for a short period of time between 1949 and 1951. The years around 1950 marked a new and progressive period in the life of Ernst Wilhelm Nay. In 1949 he married Elisabeth Kerschbaumer, and the young couple moved to Cologne in 1951. Nay consciously chose this young and vibrant city as his new home. Positive changes in his life also impacted his work, an extremely creative and fruitful phase, during which Nay‘s art made a decisive step of development, began: He abandoned any sort of representational references in his compositions. The "Fugale Bilder" mark the transition from figuration to abstraction and visualize the development of Nay‘s non-representational painting. Another crucial impulse towards abstraction came from Nay‘soccupation with the medium color lithography. In 1949 he went to Worpswede in order to work on a series of 10 color lithographs, a project that he had made subject to intensive preparation as the large amount of watercolors, gouaches and drawings of the later motif deliver proof of. The sequences that the production of a color lithograph require forced him to deconstruct the composition into its individual elements, to separate by colors and to transfer onto the lithostone in order to reassemble the composition. Nay also employs this principle in his compositions in oil, staging single shapes in modified and reversed manner, pervaded by clearly contoured loops and rhythmized by dots and color changes. For this process the color organizes an abstract composition characterized by repetition. In this case Nay chose clear and strong colors, the purple dominating the prevailing mood, an aspect he underlined with the title "Pupurmelodie" (Purple Melody). While compact and narrow compositions came into existence during the early phase of this period, he began to dissolve them in the following and eventually made our "Pupurmelodie" in which the composition acts kind of ‘boisterously’, already hinting at the transition to the "Rhythmische Bilder". [SM]
More Information
+
Sell
Get a free appraisal for a similar object!
+
Register for
Ernst Wilhelm Nay
+
Buying from A-Z
+
Contact a specialist
+
Ernst Wilhelm Nay Biography
Share