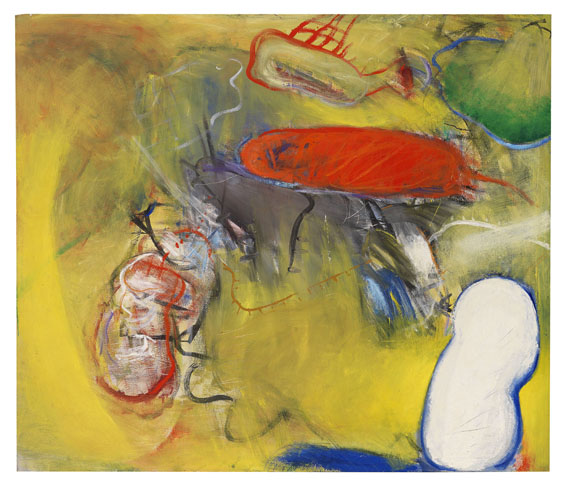 Nice large-size work from the artist's much sought-after early period of creation. In 2011 the work "Figur Flora" (1960) realized the still valid record price for a painting by the artist.

Essay
Around 1960 Antes gradually developed the characteristic figure of the "Kopffüßler" (Head-Footer) from jotted color structures. It would become of great significance for his further creation. Especially the stronger abstract compositions from between 1960 and late 1962, the Head-Footers hour of birth, document this artistically decisive path. In comparison with the following work periods, this period is relatively short, up until today he remains occupied with the motif, examining his own art figure in all its facets. For this reason it is little surprising that a large number of works from this decisive period of creation are in renowned public collections, such as the Staatliche Kunsthalle Karlsruhe, the Sprengel Museum Hanover, the Kunstmuseum Stuttgart and the Städel Museum in Frankfurt a. M. [JS]
More Information
+
Sell
Would you like to sell a similar object?
+
Register for
Horst Antes
+
Buying from A-Z
+
Contact a specialist
+
Horst Antes Biography
Share 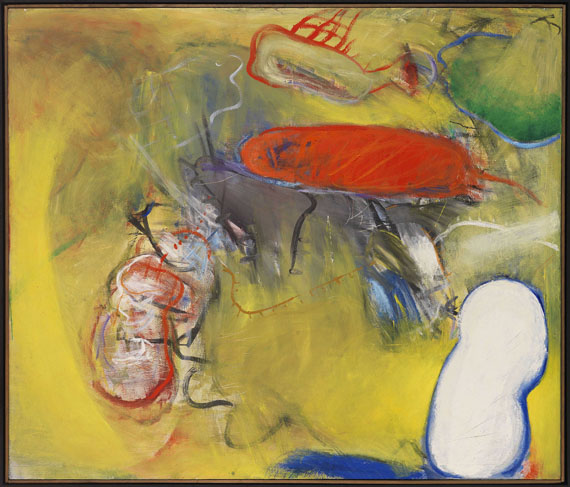