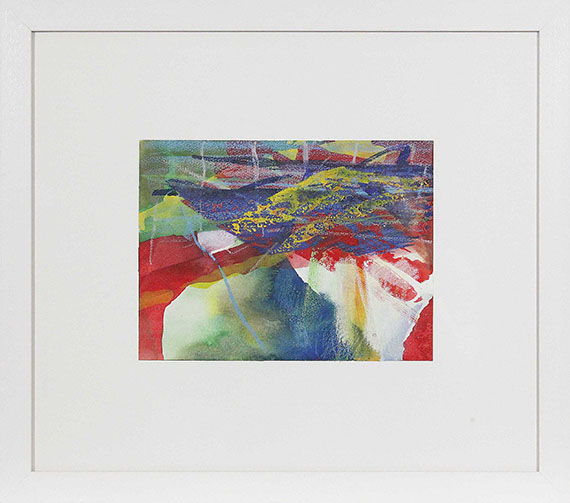 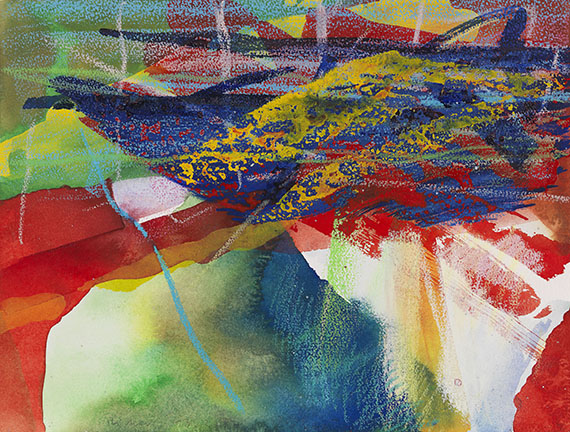 This work is mentioned in the online catalog of watercolors.

Richter explains his transition to abstraction in an interview with Nicolas Serota in context of his 2011 exhibition \'67Gerhard Richter \u8211 Panorama\'67 at Tate Gallery in London. When Serota asked him why he began making abstract pictures even though he had a good reputation and a market as a figurative painter, Richter replied: \'67Perhaps because I am an unsure type, a bit unsteady. I have always been fascinated by the abstract. There is so much mystery in it, so much to discover.\'67 (Gerhard Richter - Panorama, 2012, p. 21). Richter conceives abstract painting as a permanent challenge and a platform on which a lot is simultaneously reflected, \'67my presence, my reality, my problems, my struggles and conflicts.\'67 (Dorothea Detrich and Gerhard Richter, Gerhard Richter: An Interview, Print Collector\'65s Newsletter, 16, 1985, p. 128). His abstract works from the late 1970s and 1980s still play on figurative associations and show that the artist had not fully performed his transition to abstraction. The different superimposed color structures show an abstract material-related treatment of the paint, so that the result always refers to the process of creation. Gerhard Richter realizes a new form of abstract painting, of which it seemed that its forms of expression had already been exhausted, and created pictures that offer independent possibilities for visual perception.
More Information
+
Sell
Get a free appraisal for a similar object!
+
Register for
Gerhard Richter
+
Buying from A-Z
+
Contact a specialist
+
Gerhard Richter Biography
Share