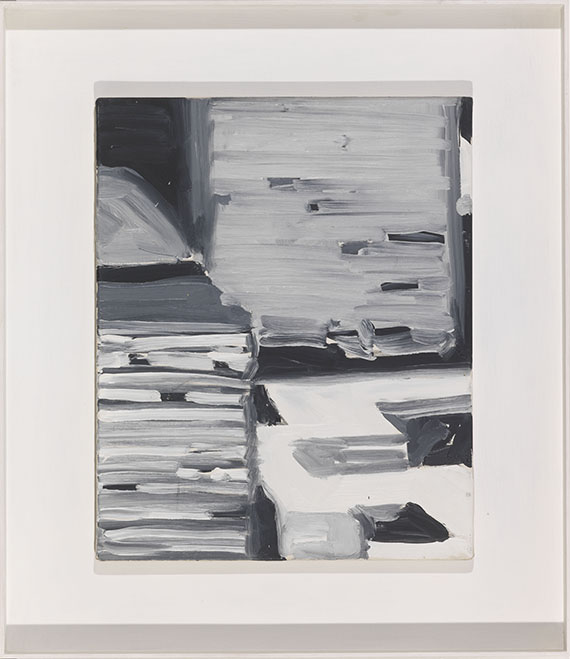 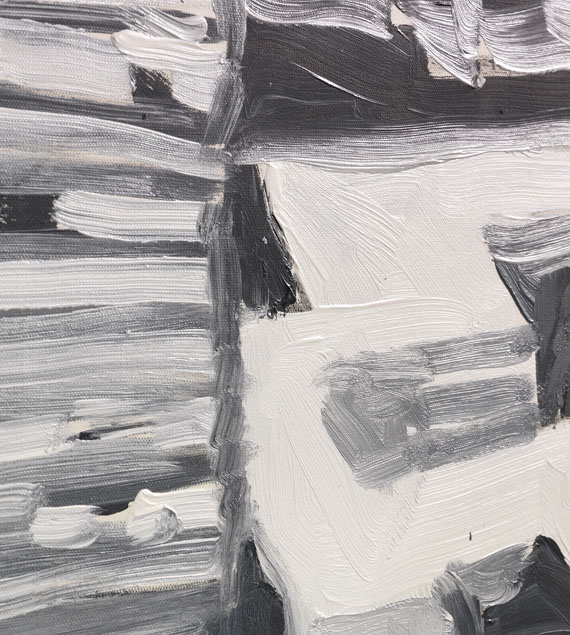 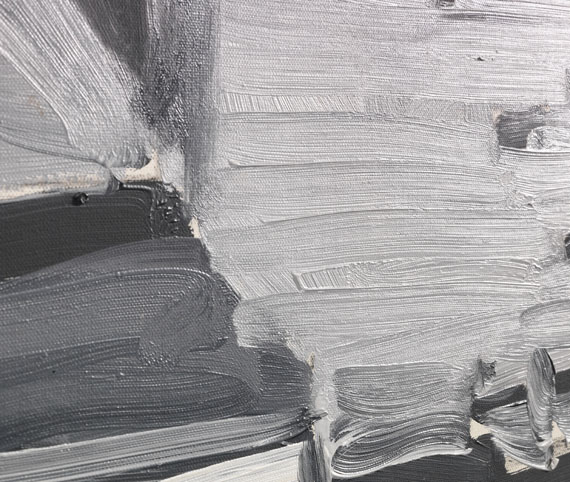 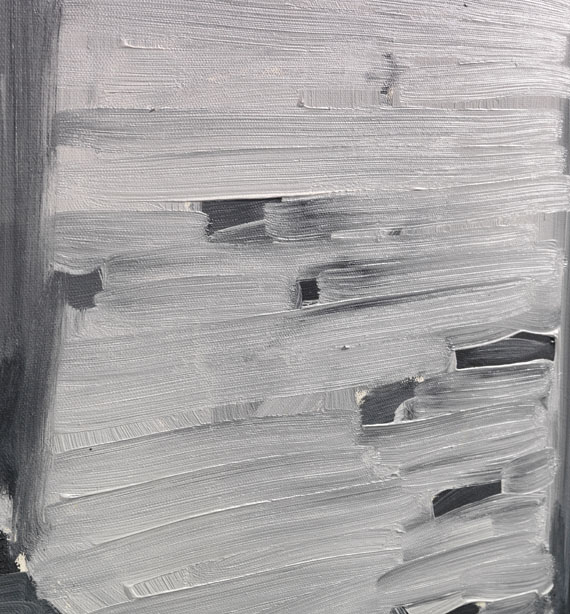 This work “Stadtbild“ from 1968 was made at Richter‘s point of transition from his early representational black-and-white photo pictures and the abstract works that came into existence as of the mid 1970s. While the motifs of his earlier works – such as “Onkel Rudi“ – are clearly recognizable despite the blurring, the city pictures from the late 1960s show an entirely new tendency: Still kept in various shades of gray, the depicted cityscape merely emerges from the variation of light and dark parts. Intersections are no longer wiped, as it was the case with his earlier works, instead they are intentionally placed side by side in casually applied pastose colors. The resulting picture seems to be entirely detached from its concrete model and gains in rhythmical dynamics. The abstract value of this work is increased by the diminished image section that Richter chose. The actual cityscape can only be identified from a distance, making it a good example of an absolute abstraction which the artist sought to render.
More Information
+
Sell
Get a free appraisal for a similar object!
+
Register for
Gerhard Richter
+
Buying from A-Z
+
Contact a specialist
+
Gerhard Richter Biography
Share