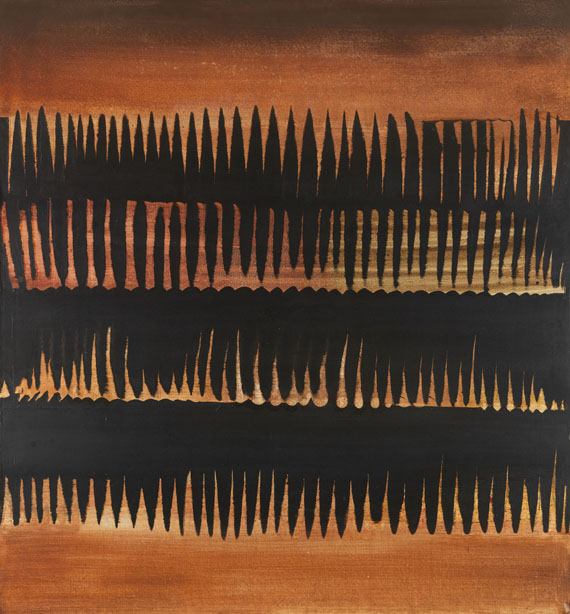 This is one of the extraoridunarily rare works from the group of the 'Dynamic Structures' that was not executed in black and white.
The work will be included in the forthcoming catalog raisonné "Die ZERO-Malerei von Heinz Mack".

Essay
This composition from 1962 is come from the work group of the dynamic structures that were an intermediate stage between painting and kinetics. Mack made his first abstract picture as early as in 1949. He shifted his pictorial conception towards monochromy, whereas the picture's actual effect is caused by vibration. The dynamic compositions suggest associations with displays of heart rhythm on a cardiogram. The process of creation is integrated through the deviation of the mere illustration of the exact line, so that dual principles equally stand side by side. The dynamic structures are applied in black on a mostly white ground by means of squeegee. Our painting counts among the extraordinarily rare works for which Mack chose a different color for the ground, in this case orange. In 1963 Mack entirely abandoned painting and continued working on his important work group of the light reliefs. It was not before 1991 that the artist made a work on canvas again.
More Information
+
Sell
Would you like to sell a similar object?
+
Register for
Heinz Mack
+
Buying from A-Z
+
Contact a specialist
+
Heinz Mack Biography
Share 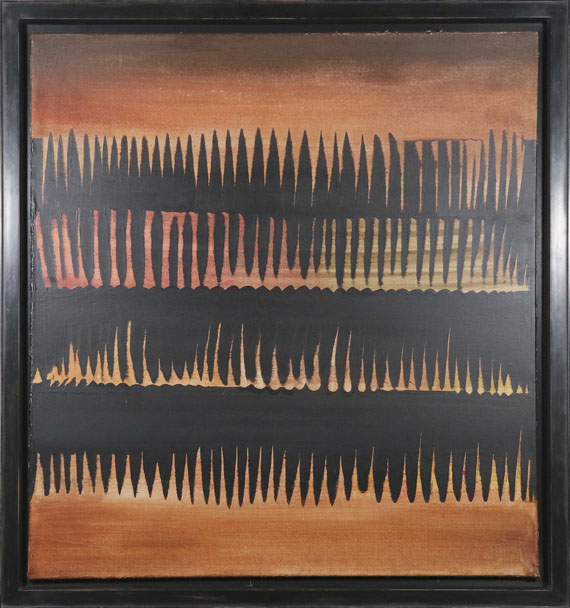