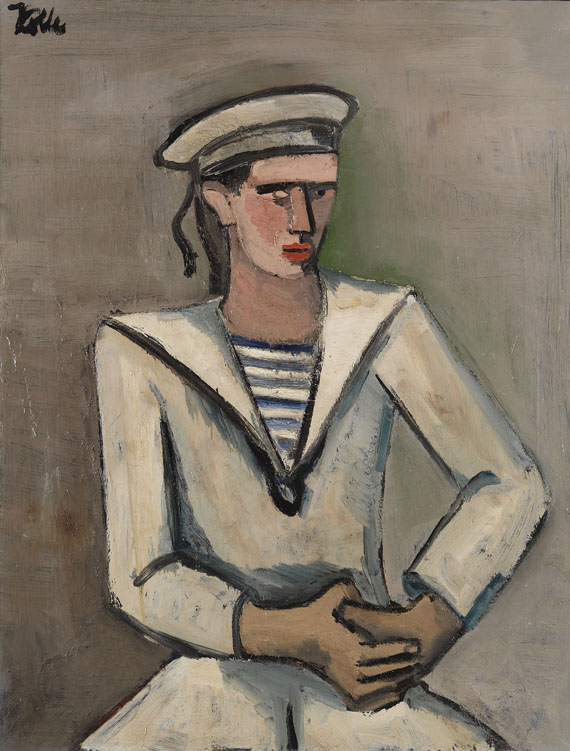 Essay
Helmut Kolle's pictorial creation, which is almost exclusively limited to portrays as far as subjects are concerned, is hard to classify in terms of style, as it does not follow any contemporary tendencies. Its formal easthetics show traces of a traditional Expressionism and Cubism, but also a sort of mystical internalization that can be found in Georges Rouault's main works. Kolle, who spent the most important part of his short life in France, was strongly inspired by French contemporary art, however, he worked these influences up from his very own perspective. His protagonists' monumentality is accomapnied by an introverted melancholia which makes for the very special aesthetic appeal of these paintings. Wilhlem Uhde, long-time friend and mentor of Helmut Kolle, wrote in an artcile for the magazine "Umschau" in 1947 as follows: "It is a rare and beautiful example of a perfect synthesis of a both German and French spirit that makes the art so special and admirable. It is a synthesis of German content and French form." (Quote from: "Helmut Kolle..aktueller denn je", Philippe Chabert, in ex. cat. Helmut Kolle, der Frühvollendete. Galerie Gunzenhauser, Munich 1996, no page). [KD]
More Information
+
Sell
Would you like to sell a similar object?
+
Register for
Helmut Kolle gen. vom Hügel
+
Buying from A-Z
+
Contact a specialist
Share 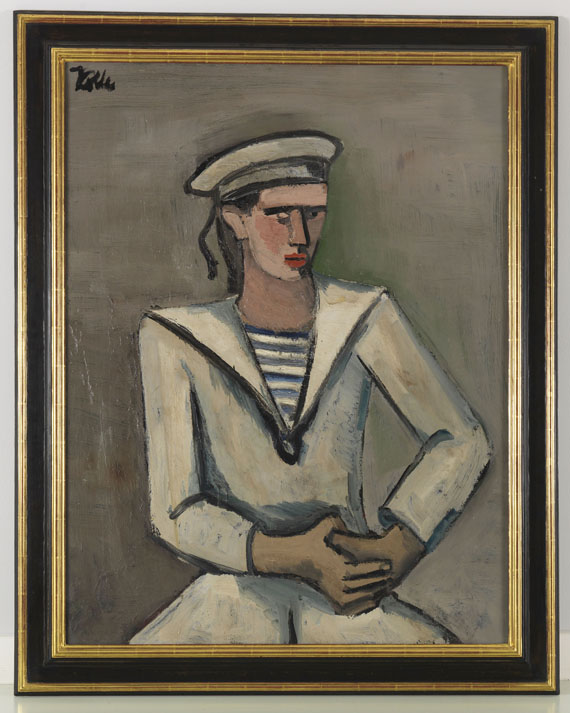