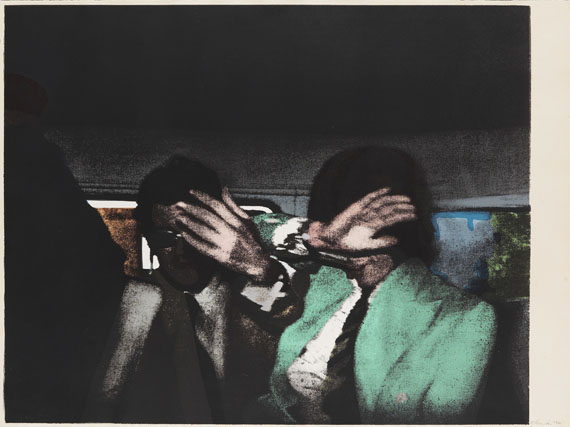 Essay
This work shows Mick Jagger and the art dealer Robert Fraser, handcuffed in a prisoner transport on their way to their sentencing on 28 June 1967. Both were sentenced for the possession of narcotics. A verdict that made the headlines. Richard Hamilton expressed his "outrage about the madness of the legal institutions [â€¦], which can imprison everybody for self-destruction through drugsâ€œ, so that he used a press photo, released in the "Daily Sketchâ€œ, and processed it in various steps. (Richard Hamilton. Quote after: Etienne Lullin. Richard Hamilton, Druckgraphik und Multiples 1939 - 2002, p. 104). Through the artistic treatment of a press photo, which claims to depict truth, the artist plays with questions regarding fact and fiction and challenges the documental character of photographs.
More Information
+
Sell
Would you like to sell a similar object?
+
Register for
Richard Hamilton
+
Buying from A-Z
+
Contact a specialist
+
Richard Hamilton Biography
Share 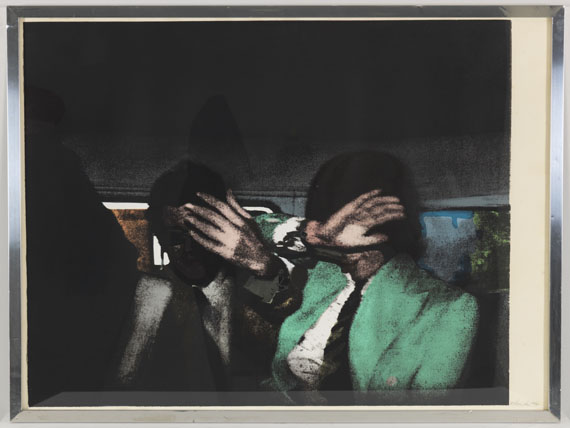