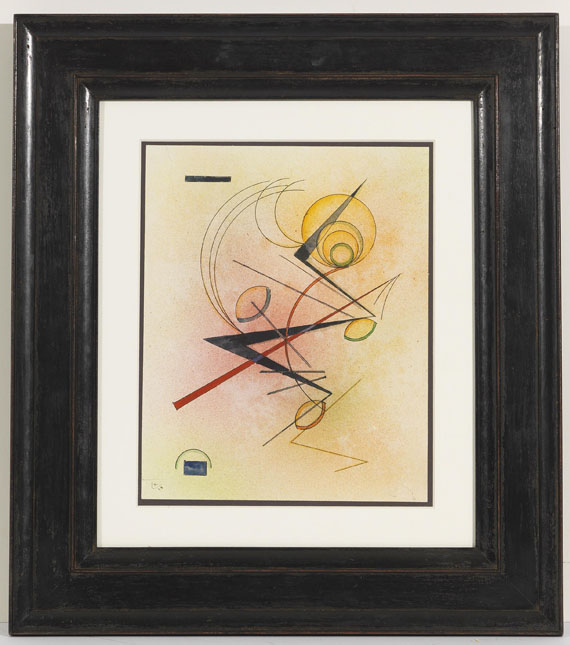 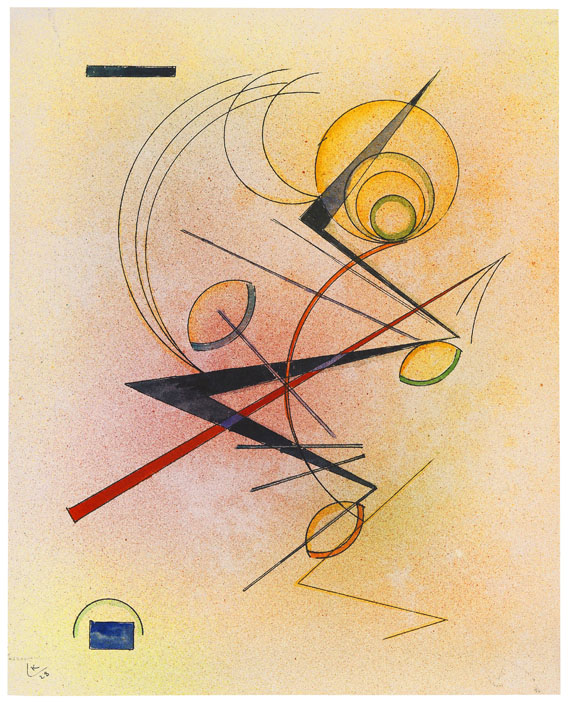 Despite all its abstraction, the work's lyrical and musical energy is well noticeable. Kandinsky seems to follow familiar paths in the variation of established pictorial elements.The color fields' clarity is captivating. They form the composition's core, forced open and expanded, however, by a soft modulation of the watercolor along the Indiaink lines. An orderly chaos is the tenor of these works, which even left its traces in decorative commercial art of the 1920s. The lyrical, almost romantic element lies in the arrangement of the picture's details. Kandinsky's compositions avoid any form of sharpness of a visual confrontation. Despite all their ostensible reason, their overall effect is characterizedby a mysterious encryption. The message is obvious, while the content remains a secret.
More Information
+
Sell
Get a free appraisal for a similar object!
+
Register for
Wassily Kandinsky
+
Buying from A-Z
+
Contact a specialist
+
Wassily Kandinsky Biography
Share