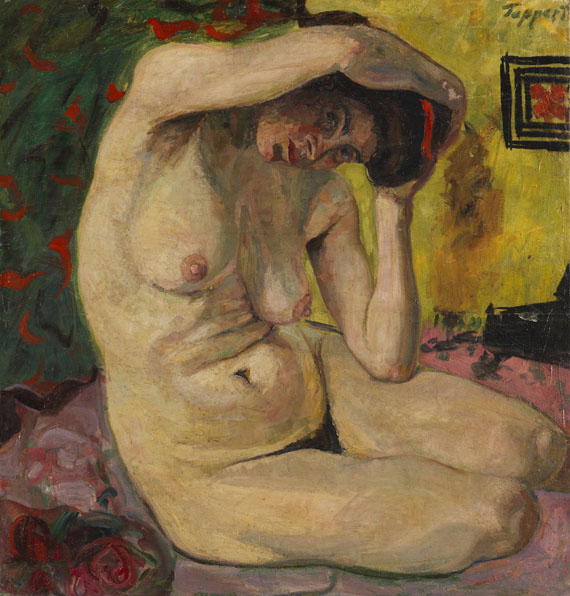 Tappert's expressive illustrations of female nudes are among the artist's most sought-after motifs on the international auction market.

Essay
In line with contemporary taste, the massive female body was a popular subject of German art at the beginning of the 20\up5 th century. Artist of Late-Impressionism, most of all Lovis Corinth, rendered ample homage to it. Georg Tappert, who was particularly fond of voluptuous female bodies, realized his idea of the female body examplarily in this work. The nude crouched into a square and the model’s entwined posture contribute to an optical effect that could not have been more concentrated. Fundamental academic rules still determine what is happening, however, just like his contemporaries, Tappert soon abandoned them. Despite all realism of style, the crouched nude emanates an aura of worldly joy in nice bodies, which, in line with the then prevailing liking, is shown in an immaculate richness.
More Information
+
Sell
Get a free appraisal for a similar object!
+
Register for
Georg Tappert
+
Buying from A-Z
+
Contact a specialist
+
Georg Tappert Biography
Share 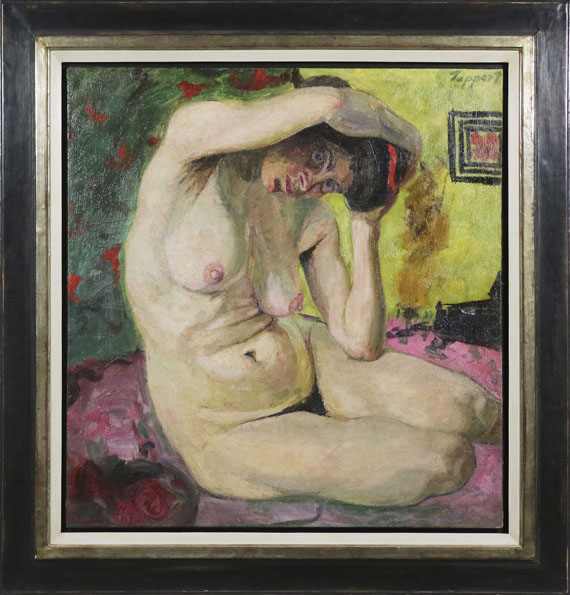