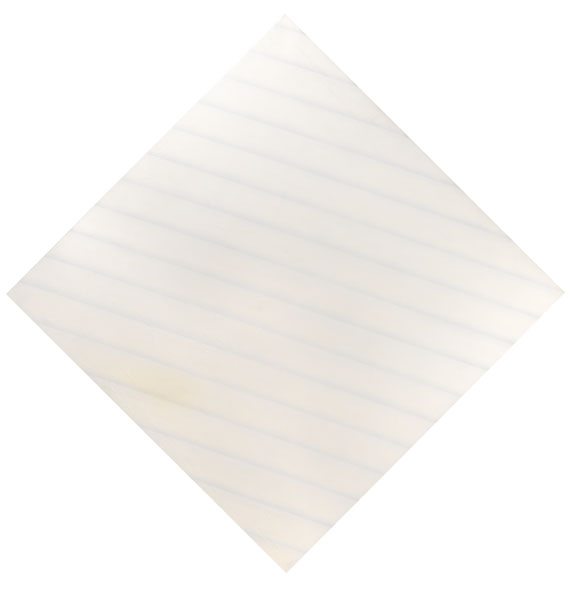 The moulding gestures of the Informel which held way there he found to be subjective and lofty, and he developed continuously from the 1950s onwards an individual, formally reduced style of painting. Girke's quick success was proven by the awarding of the prize for painting of the city of Wolfsburg in 1959 and the youth art prize in Stuttgart in 1962. Between 1966 and 1971 he taught at the Werkkunstschule in Hanover before following a call to the Hochschule der Künste in Berlin. In the 1960s he further developed his painting and limited the gradation of colors. The earlier arrangement principles of the painting surface, such as parallel layers of color in individual strokes of paint, and mesh-like serial structures, were to become characteristic for his whole oeuvre. During the 1970s Raimund Girke called for the comparison of a total stimulus satiation contra 'the quiet reduced objects to lead the viewer back to concentration'. An almost monochrome-white picture design with the finest differentiation in color and light was dominant in this period and experienced in 1977 its purest manifestation in the pictures for documenta 6. The color white became the 'Queen of Colors' for Girke.