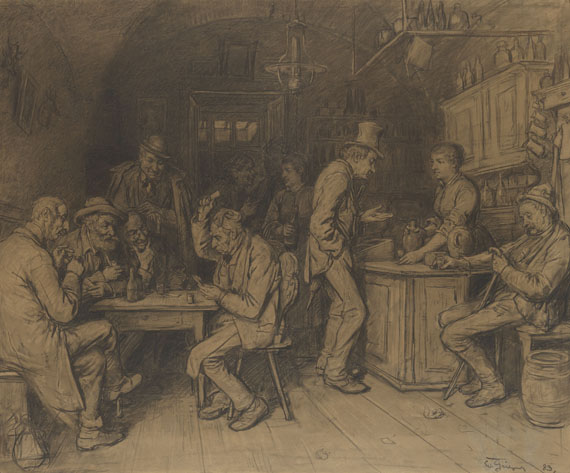 The village parson, who also enabled him to attend the grammar school in Neiße, was the first to recognise and encourage Eduard von Grützner's artistic interests. By sending him to Hermann Dyck's private school in 1864 he enabled Grützner to study drawing in Munich. Other teachers were Hiltensperger and Strähuber. In 1865 Grützner finally joined Anschütz' painting class at the Akademie. He also sought advice and ideas with Piloty before being accepted in his class in 1867. Three years later he left the Akademie and moved into his own studio. Beginning in his student years - with his student work "Im Klosterkeller" - he soon specialised in depicting monastic life. His popular scenes depict the merry atmosphere in cellars, kitchens and alehouses in a humorous and anecdotal manner. Among Piloty's students Grützner was one of the more traditional artists - in his style as well as his palette - like Franz von Defregger and Eduard Kurzbauer.

Grützner was appointed professor at the Munich Akademie in 1886. Apart from his monastic pictures Grützner also produced a Falstaff-cycle, theatre and hunting scenes and affectionately detailed interior studies, which he often included in his monastic scenes. He also worked as a free-lance illustrator, caricaturist and graphic artist. Grützner died in 1925 in Munich. The numerous 'Trinkbilder' were already very much appreciated in his lifetime and nearly all museums harbour a work by this copious artist. [CB]. 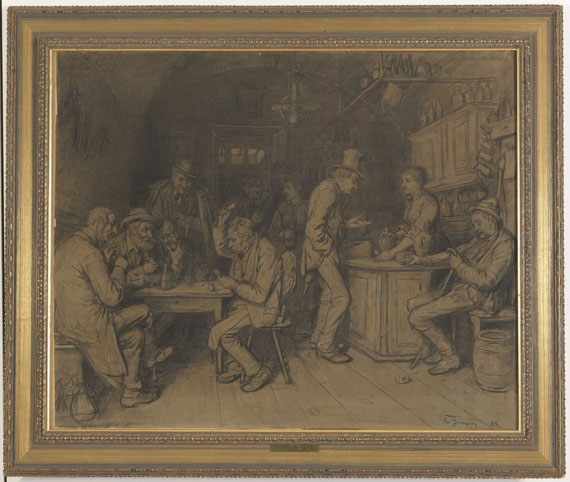