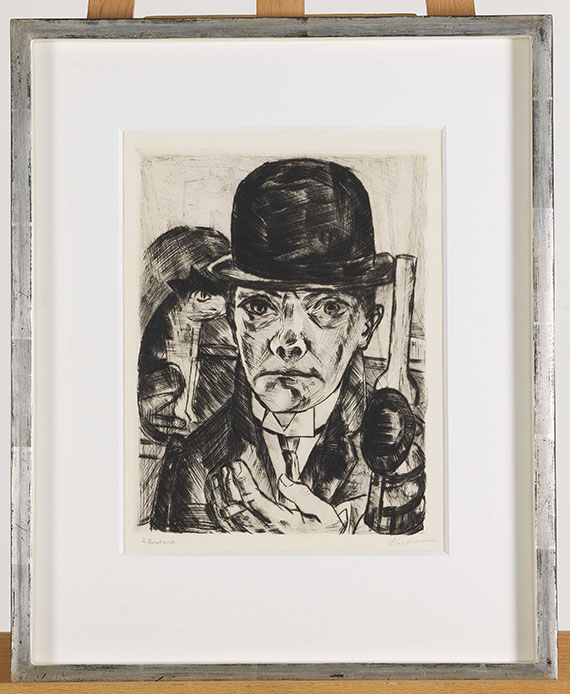 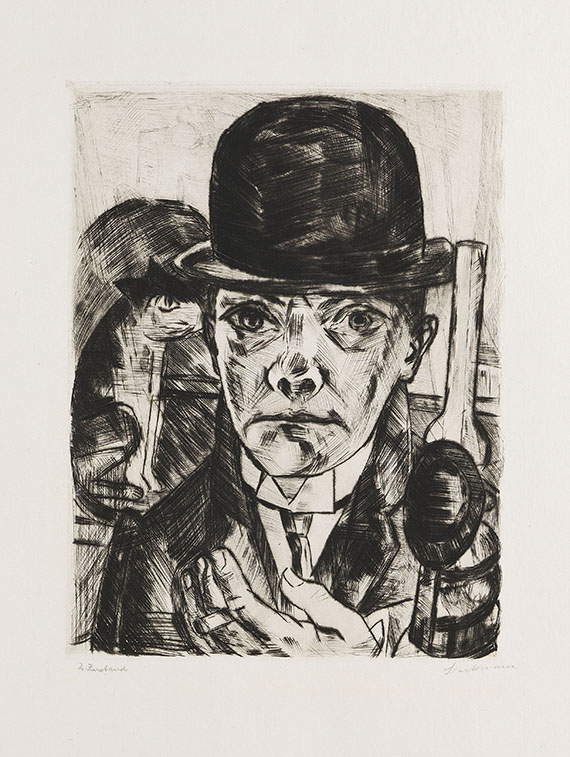 Beckmann went to the Großherzogliche Kunstschule in Weimar from 1900 to 1903 where he studied mainly under the Norwegian landscape painter Carl Frithjof Smith. After his graduation and several trips to Paris, Geneva and Florence Beckmann settled in Berlin in 1907 where he joined the 'Berliner Sezession'. At the outbreak of the First World War Beckmann volunteered and served in East Prussia and Flanders. With the success of the National Socialists the artist was increasingly defamed and finally dismissed from his teaching post. His works were removed from public collections in Germany. Beckmann's early style is influenced by German Impressionism, particularly by Lovis Corinth. His experiences during the war led to a more Expressionist style close to the 'Neue Sachlichkeit'. Beginning in the 1920s, the individualism of his style expressed itself in his intense occupation with the object world, which is reflected in an Expressive, graphic structure. Beckmann's prevailing subject was the lonely, threatened man in an apocalyptic world. In his late work this view culminates in large symbolical and mythological triptychs.

Political pressure forced him to emigrate to Holland in 1937.In 1947 he emigrated to the USA. Max Beckman died on 27 December 1950 in New York.