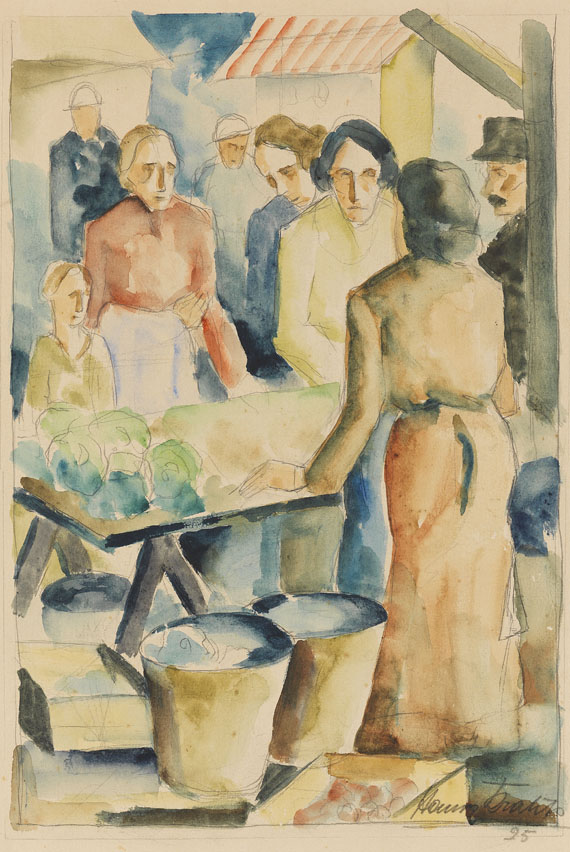 Kralik studied at the State Academy of Art in Düsseldorf and was organized in politically motivated artist groups such as the "Junges Rheinland" from an early point on, until he finally joined the KPD. His artistic acrivities were interrupted when he was arrested by the Nazis in 1933, fled from a concentration camp and emigrated to France, where he worked under the pseudonym "Jean", supporting resistance groups with graphic works. This social study showing a market scene is one of those few works not destroyed in World War II. [KP]