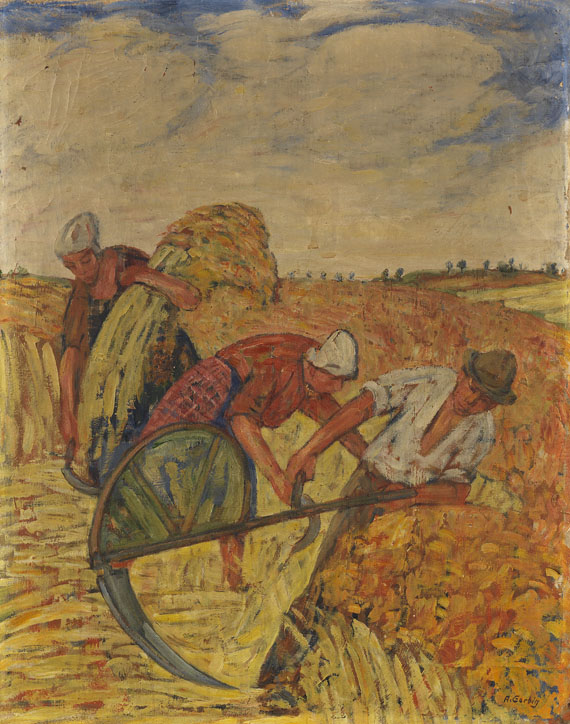 Alexander Gerbig, born in Suhl in 1878, completed a painter’s apprenticeship in Meiningen from 1894 to 1900 before he was active as decoration painter in several German cities. In Dresden he got to know Max Pechstein, with whom he would in a lifelong friendship. As of 1900 he studied in Dresden at the Royal School of Arts and Crafts and from 1904 to 1911 at the academy. The friendship with the Brücke artist had decisive influence on his style. He increased his palette with light and lucent colors, which he applied to the ground in a coarse duct and a broad stroke of the brush, just as it is the case with this work. In 1938 Gerbig was defamed as degenerate. After the end of the war he was appointed honorary chairman of the section of fine arts in Suhl. Alexander Gerbig died 3 August, 1948 in his hometown. [KH].