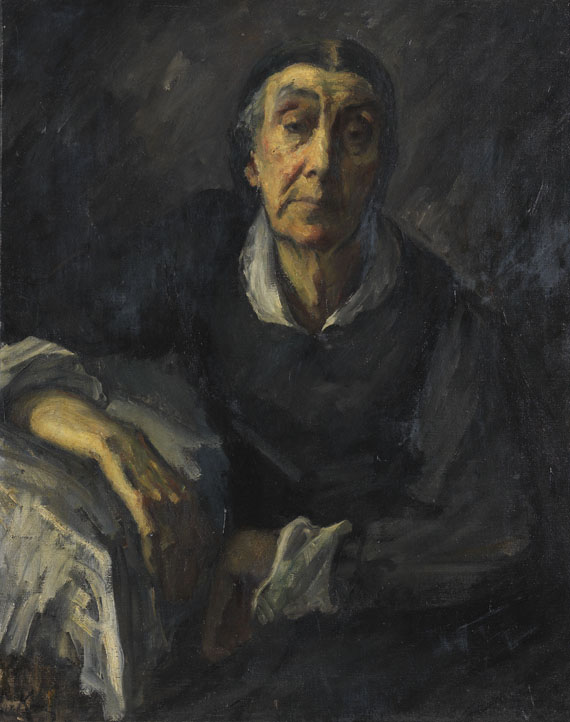 At the age of 16, Leo von König switched from the studio of the sculptor Carl Boerner from Hamburg to Franz Lippisch's studio in Berlin in order to prepare for the Akademie der Bildenden Künste.
His teachers at the academy were Julius Ehrentraut and Ernst Hancke. From 1894 to 1897 von König continued his education under Jules-Joseph Lefebre and Tony Robert-Fleury at the Académie Julian in Paris. Afterwards the young artist returned to the capital Berlin, where von König made his debut at Berlin's big art exhibition in 1896. In that same year, he became a member of the Munich secession; four years later he joined the Berlin secession and exhibited at their exhibitions from then on. Starting in Berlin, the painter traveled extensively even before World War I; one of his most important trips being the one to Spain and Portugal together with Julius Meier-Graefe from April to October 1908. Leo von König acquired a large-format El Greco-copy on this trip and painted a series of impressions of his travels. When König, together with Emil Nolde and Max Beckmann, demanded "a free organization, free artists, free speech" during a longer conflict among the Berlin secession in 1910 and saw the organization in need of reform, his suggestions were flatly rejected by its committee. His following resignation led to the foundation of the "new secession". Being particularly gifted in portraits, König achieved some remarkable things in this field. His soft, loose, broadly spaced characteristic style, together with his subtle understanding of the human psyche results in creations of extraordinary charm.

The striking portrait, which can be called one of Leo von König’s ,most important works simply for its long exhibition provenance, is a distinctive example of German portrait art at the beginning of the 20\up5 th century. The psychological analysis of the depicted person, even deeper than in portraits by Max Liebermann and his contemporaries, the portrait of a paralyzed lady subsumes all experience of the late 19\up5 th century, in order to focus them in a new and haunting perspective. The almost intimate tension between portrayed person and painter is the portrait‘s actual theme. Leo von König remains true to his own intention, that is to scrutinize the person and to illustrate its fate.