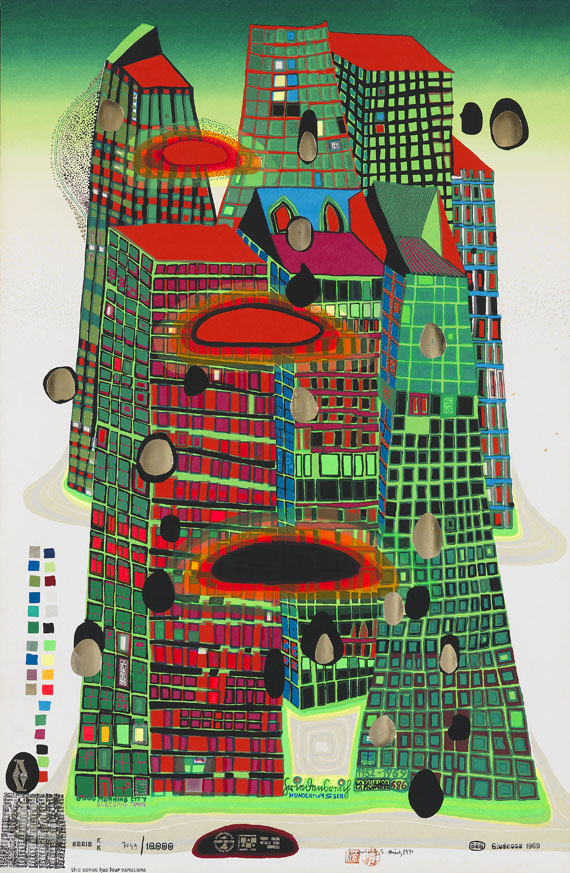 Friedensreich Hunderwasser on "Good Morning City - Bleeding Town": "This is my first large edition numbered all the way through, actually, it isn't, as it consists of many variations. [..] I don't think anyone can match up with this gigantic undertaking that took me two years. I used an entirely new printing technique: Metal embossing print, phosphor colors that glow in the dark, reflecting glass pearls, convex embossings and an enormous number of color prints that I executed individually on transparent foils to convert to the silkscreen. Than came all the trial proofs of the infinite color combinations. I wanted to take the conveyor belt ad absurdum. Driven in stalemate, between an incredible demand and my pride to make originals and not mass ware, striving to give away as much as possible of my inner self. [..]" (quote after Fürst, HWG 42, p. 812). [KH].