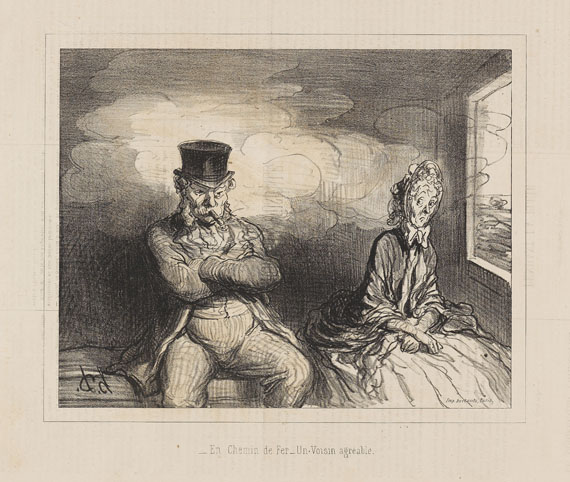 Similar to the sheet “Madeleine-Bastille“ Daumier made an ironic comment with this illustration in “Le Boulevard“ on the intricacies and inconveniences of public transport: “On the train – A pleasant neighbor“. The first routes were built in the 1830s, in 1843 the lines between Paris and Orléans were opened. There were three different categories, the carriages were similar to the horse carriages in Paris. Scientist warned that the speed of 25 km/h could cause severe brain damage. [CB]. 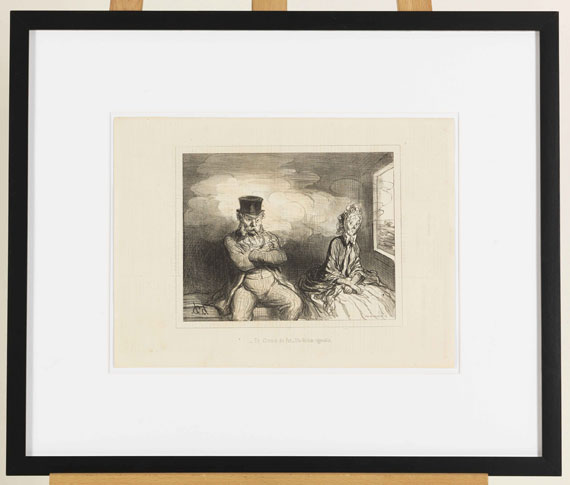