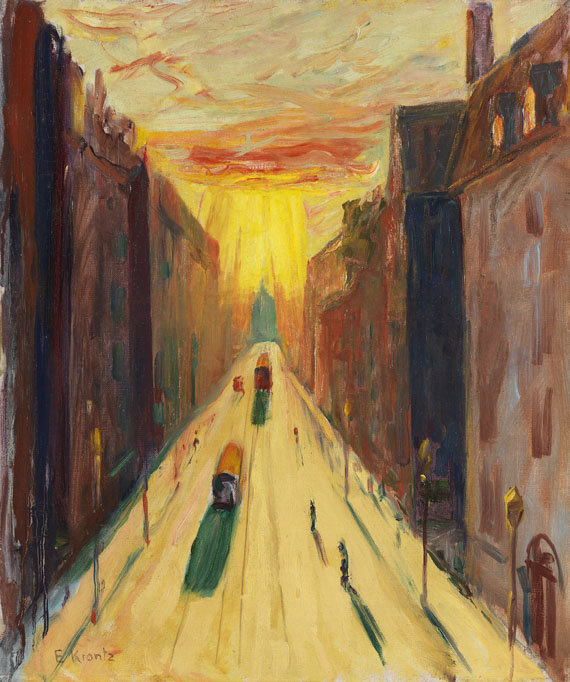 Erich Krantz was born in Berlin in 1904 and began to paint and draw from an early point on. After Krantz was enrolled at the Weimar Bauhaus in 1923/24, the young painter went to Bavaria in 1925, before he returned to his hometown Berlin, where he was an active part of the local art scene. After the ferocious war - the Nazis had imposed an exhibition ban on him and his studio was completely destroyed in an air raid - Erich Krantz left Berlin for good, living and working in, among others, Fulda and Hanover, additionally, he went on numerous study trips. As of the early 1950s his art was shown in many exhibitions, e.g. in Rostock (1954 and 1956) and Halle (1955). Erich Krantz died in 1966 after a long illness. In terms of style Erich Krantz was obliged to Realism throughout his life, slowly opening towards avant-garde tendencies. This oil painting is particularly captivating for its depiction of motion, perspective and speed that the artist takes from Futurism, thus drawing the observer's attention to the picture's center. [KP]