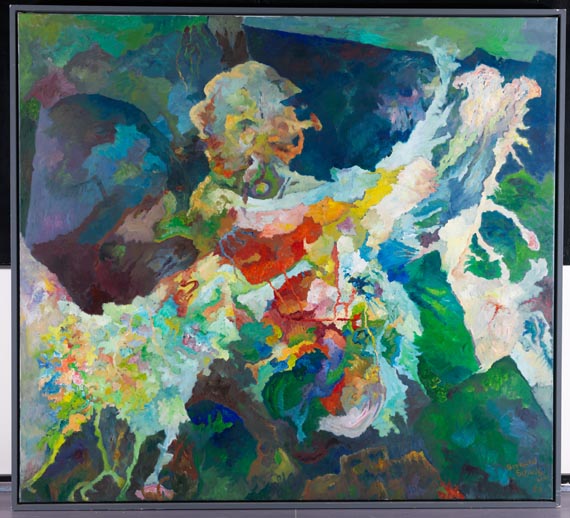 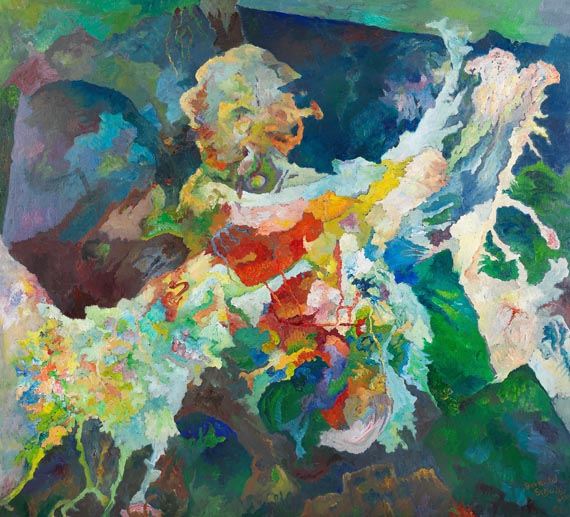 We are grateful to Dr. Barbara Herrmann, Cologne, for her kind support in cataloging´this lot. The work is listed in the artist's hand-written catalog raisonné and will be included into the forthcoming catalog raisonné.

“In the pathos of traditional depictions of the Last Judgment, baroque visions of Ascension and War in Heaven, we now do not recognize the conflict of a figure beset by monsters any longer, but in a monumental composition. It seems to be mysteriously dragged out of the image and beyond its margins by anonymous forces. The viewer, who is taken into the picture’s center as a crown witness or a participating observer, seems to be defenselessly at the mercy of the monster’s mouth. He is confronted with a turbulent distorted world that collapses, it suddenly opens up like a gaping abyss, bearing chaos in a wide open wound.“ Christian Schneegass, Staatl Kunstsammlungen Dresden, 1991.