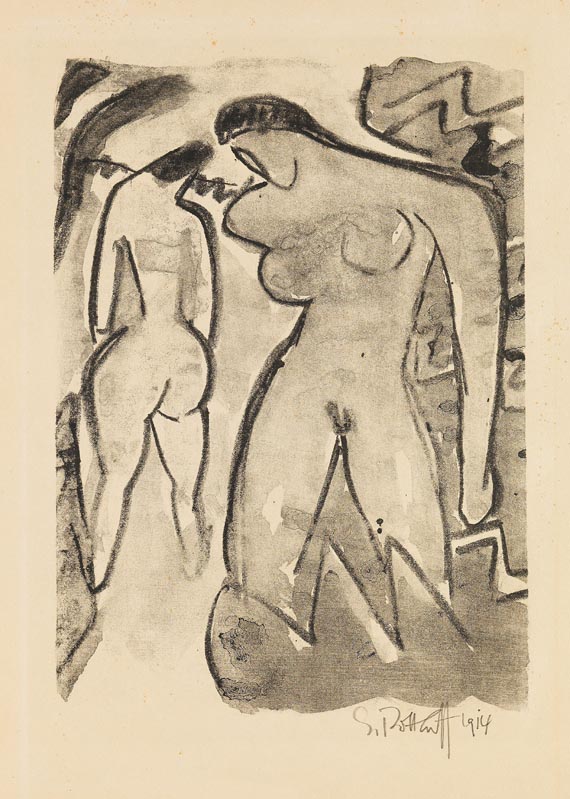 Between the breakup of the artists group "Die Brücke" in 1913 and the beginning of his service in World War I in 1915, the artist had one of his most productive artistic periods, particularly as far as the graphic works were concerned. Lithography is a technique that was used only on few occasions, however, it proved to be a very representative means of expression for the expressionist style that Schmidt-Rottluff pursued all the years. "The sheets that were made in Hohwacht in Schleswig-Holstein let the observer feel the closeness to the sea. Man and nature are in an intimate relationship, he is sunk in observing nature, he merges into it, celebrating it, is struck by its sublimity. People are impressed by feelings of common contemplation, morning or happiness." (Leopold Reidemeister, Karl Schmidt-Rottluff. Das graphische Werk, ex. cat. Brücke-Museum, Berlin 1974, p. 5). [EH]. 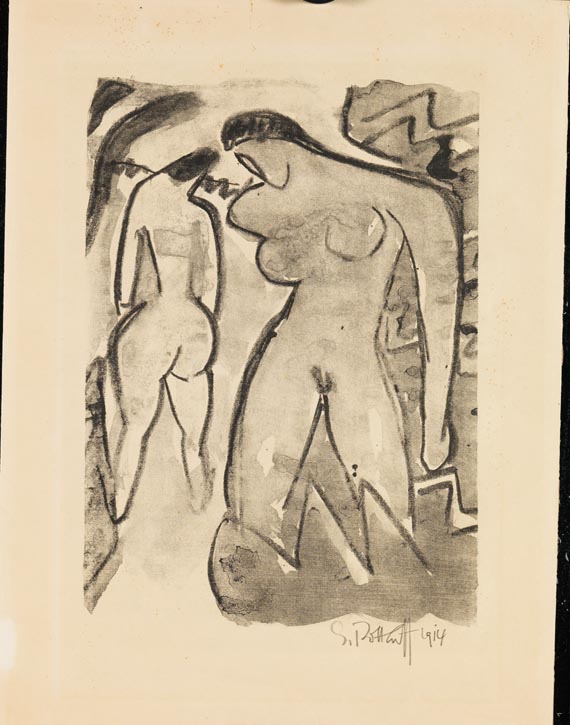