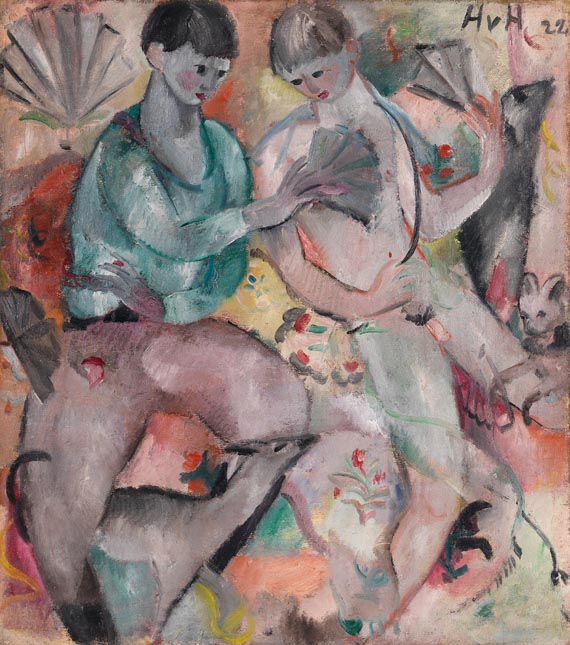 Helmut Kolle was born in Berlin on 24 February 1899. He was the second child of the well-known bacteriologist Wilhelm Kolle. After his father had returned from the war, the family moved to Frankfurt am Main, where Kolle had drawing lessons with Erna Pinner. In September 1918 the young Kolle met the art dealer and critic Wilhelm Uhde. The close friendship with Uhde, who had opened a gallery on the Montparnasse as early as in 1904 and is regarded as the discoverer of Picasso, Braque and Rousseau, played a decisive role in the artistic development of Kolle. It was also the friend and patron Uhde, who wrote the first biography of Kolle shortly after his death. Up until today this biography has manifested Kolle’s reputation as a protagonist of European Modernism who had passed away at a far too early point. As Kolle was not only active as painter, but also as littérateur, he decided around 1920, because of the critical calls regarding his activities in two fields of art, to take on the name Helmut vom Hügel (as a translation of the word "Kolle", from the Latin colle = Hügel) as a painter. In 1922 Kolle settled in Berlin, where his early works, which had already gained in artistic maturity, were shown in first exhibitions.

The dreamy atmosphere of our light-flooded children scene, which is kept in subtle colors, is similar in terms of style and subject to the painting "Zwei Kinder, eine Katze und ein Vogel" (cf. Hartwig Garnerus, Helmut Kolle 1899-1931, Lenbachhaus Munich, 7 December 1994 – 5 February 1995, illu. p. 27), which was made two years later. The mask-like faces and pastel coloring of the playing boys slightly resemble the work of the French painter Marie Laurencin, whose art Kolle encountered in the context of his editorial activities for the art and literature magazine "Die Freude", which was published by Wilhelm Uhde. In our impressive painting, which counts among the few known early works, Kolle managed to combine the scene’s great love for the detail with a spatial illusion that is repressed behind the color application’s two-dimensionality. Close to the Fauvists, in whose art a poetic space, constructed by the artist’s imagination, replaced rationally deducible spatial illusion, Kolle merged the cubistically reduced physical shapes and the transfigured surroundings to an ornamental composition of colors and forms that are of an extraordinary beauty.

The Berlin art scene, which was still dominated by Max Liebermann‘s impressionist works, did not seem to be ready for Kolle‘s art, which is why the artist, along with Uhde, moved to the art metropolis Paris in 1924. Kolle‘s works were soon popular with both the press as well as the audience. Shortly after French collectors and museums had begun to buy works from the German painter, the artist had to leave the city in 1928, as he was suffering from a lung and heart disease. He moved to his friend Wilhelm Uhde to Chantilly, where he died on 17 November 1931 at the young age of 32. [JS]. 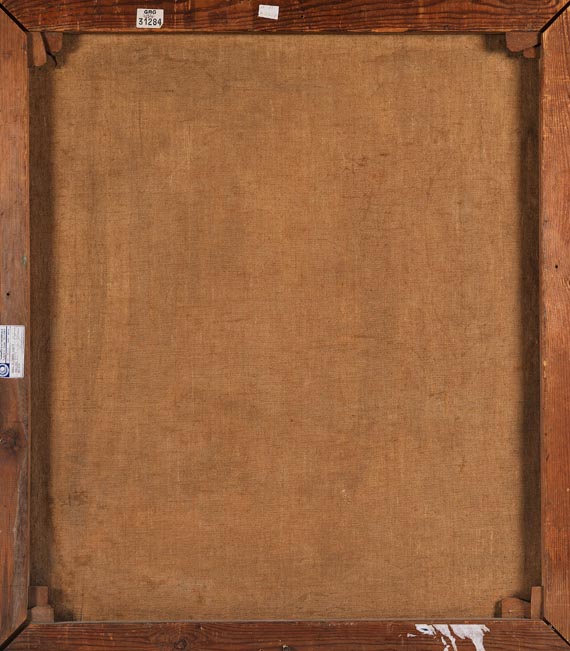 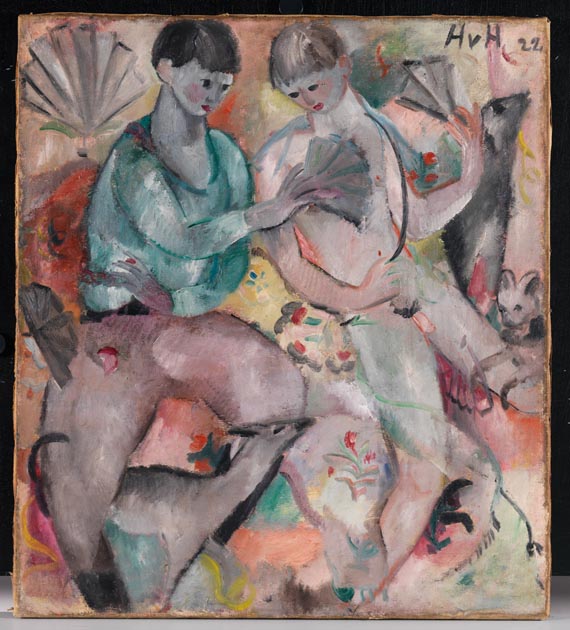