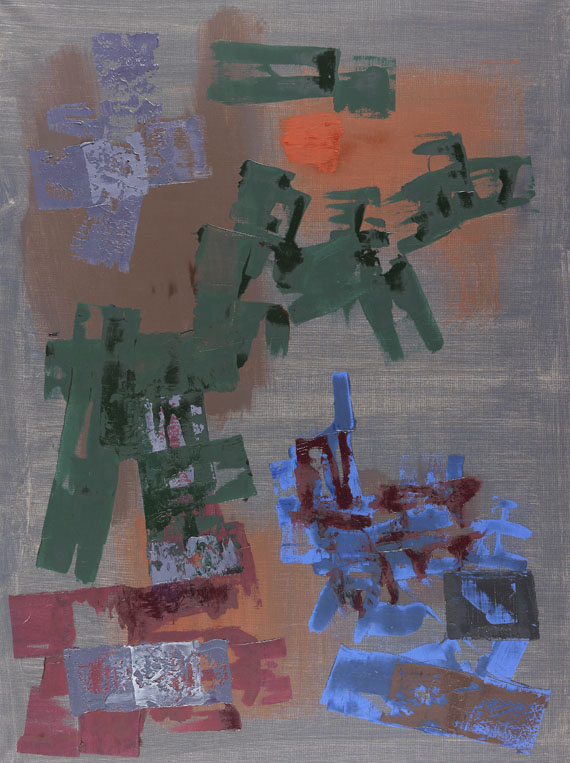 Essay
This work was made during a very special period in the artist's creative life, as he gave up the playful aspect of the lineage in favor of a static consolidation. "In comparison with those from the previous year [.] the pictures now show a cragged conflict of mostly edgy forms, for which the putty knife was used instead of the brush. The contrasting color intervals correspond with the contrasts of the individual parts. [.] Even though Winter basically continued the style of the time between 1950 and 1955, he had attained a new expression." (quote after Lohberg, pp. 75 f.). It shows that the progressive development of Winter's oeuvre always aimed at continuity, the succession of the periods within the oeuvre follwos an immanent order. [SM]
More Information
+
Sell
Would you like to sell a similar object?
+
Register for
Fritz Winter
+
Buying from A-Z
+
Contact a specialist
+
Fritz Winter Biography
Share 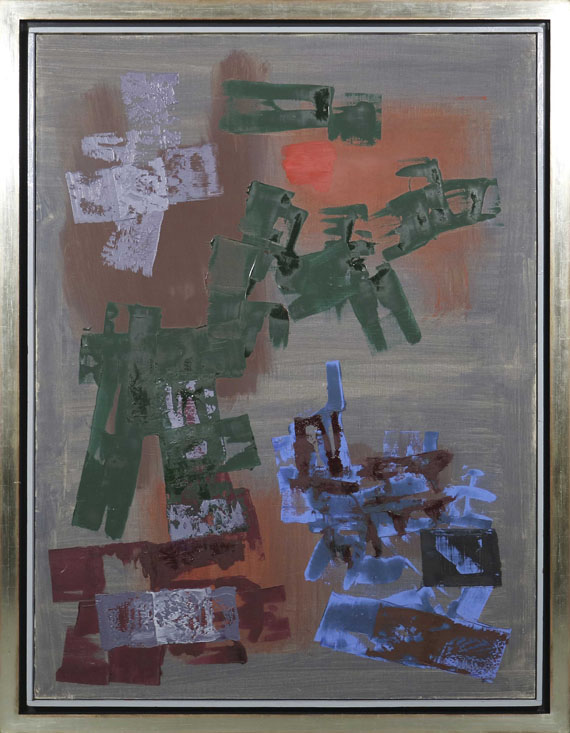